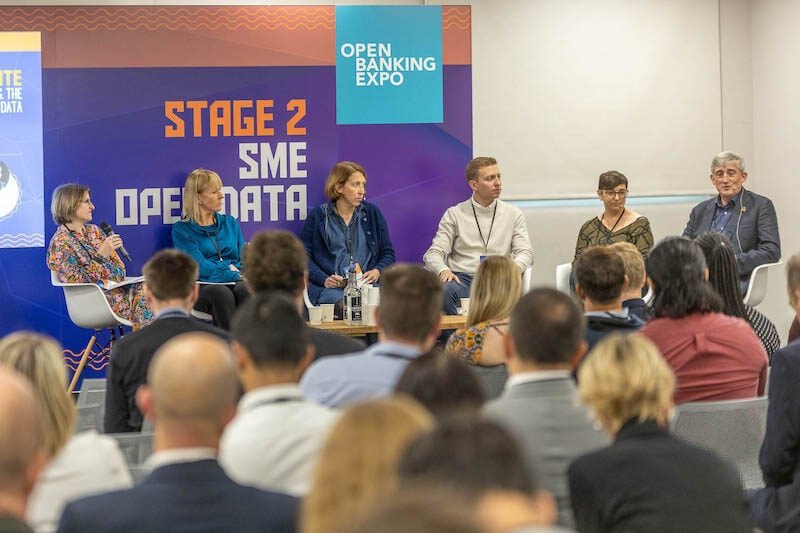 UK Open Banking framework a blueprint for other sectors

The UK approach to Open Banking has provided the world with a framework that can be deployed and reused across multiple sectors, according to a panel of innovators and industry experts.

Speaking to a full room at this year’s Open Banking Expo on 20 October, delegates heard how countries around the world are using the UK’s approach to Open Finance and for the adoption of open APIs in sectors beyond financial services.

Charlotte Crosswell, the former CEO of Innovate Finance and now Chair and Trustee of the Open Banking Implementation Entity (OBIE), said the UK should be proud of what it has achieved to date and recognise the significance on the global stage.

“We have more than 6 million users within Open Banking,” she told delegates. “We are already seeing that accelerating. There are now 80 countries around the world that are using ‘Open Banking’ as a phrase. We have to reflect, and be incredibly proud of the innovations that we have already built.”

Crosswell said she did not know whether Britons would all have their own digital IDs within a decade, but said that progress towards ambitions like “a financial passport” – which would make things like mortgage applications quicker and easier – was being made at pace.

“All of those things are being accelerated using the Open Banking standard that has been put in place today. We have to take a moment to recognise that, without all of this hard work, we wouldn’t even be saying ‘what is the art of the possible’.”

Using this positivity as a springboard into a discussion on what will come beyond Open Banking, panellists considered the implications of the forthcoming data protection legislation outlined by the Department for Business, Energy and Industrial Strategy (BEIS) in July.

The UK’s Data Protection and Digital Information Bill is designed to establish a framework for the delivery of digital verification services so that digital identities can be used with the same confidence as paper documents.

Speaking at the event, BEIS’ deputy director for digital competition, analysis and economic regulation, Siobhan Dennehy, said the bill effectively was trying to “introduce something like Open Banking in every sector” and reflected the success of Open Banking to date.

She said: “We are hopeful that, once in place, it will help future schemes across the economy. Obviously, we are going to have a new prime minister and that is bound to delay things, but there is universal cross-party support, so I still feel confident that these things are going to progress.

“As an industry, we can be preparing for that next stage now. We can be learning from the systems and the schemes that are happening without regulation and work to better understand the incentives that exist in those markets.”

Panellists considered examples of innovation that was already under way in markets beyond financial services.

Gavin Starks, the founder of Icebreaker One, said the energy and transport markets are now being digitised in a way that they have never been before, which offers exciting opportunities – some of which are interlinked with the financial services sector.

He explained there was a relationship between renewables, heat pumps, solar energy, payback mechanisms, electric vehicles and “paying off the mortgage” because they all have income streams and cost centres.

“Some lenders give you different rates if you are green,” he said. “So, all of those data streams are important. If you create interoperability, you create an open marketplace. We are starting to see those patterns from Open Banking replicated in industrial sectors too.

“There is a lot of disruption coming so there is a massive opportunity coming for sustainability as a whole.”