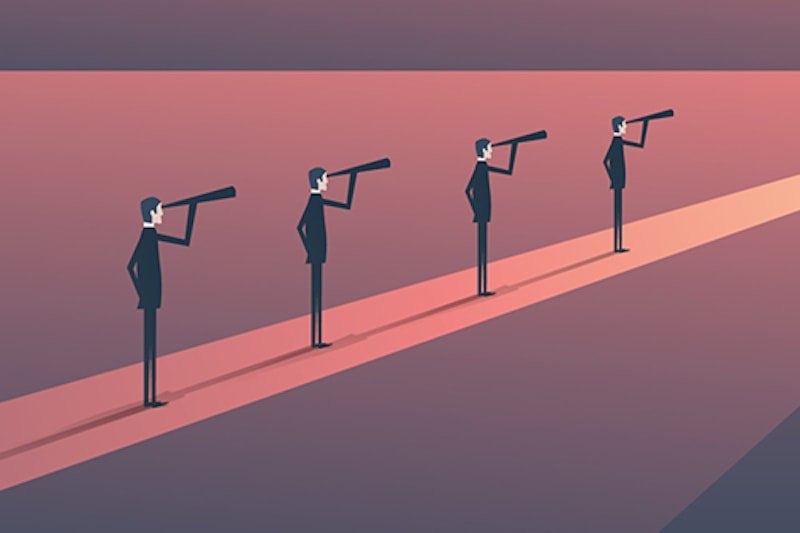 Through lending and payments, the world’s technology giants have already taken a piece of the financial sector. But so far, they’ve stopped short of becoming fully-fledged banks. What’s holding them back, asks Joe McGrath.

In Open Banking circles, the prospect of Google, Amazon, Facebook and Apple (GAFA) entering the mainstream banking market was always thought to be likely. But what was once debated as a theoretical possibility is increasingly becoming a reality.

While none of the so-called ‘GAFAs’ are yet fully regulated as banks, they are stealthily taking a major foothold in financial sectors, offering an increasingly impressive array of facilities, ranging from credit cards and loans to payments and even back office servicing.

Investors in the financial sector say that the global tech giants are likely to continue to build their banking presence through partnerships, due to the regulatory cost and reputational risk of establishing a full-fledged banking operation in-house.

“Do they want the reputational damage that comes with credit collections,” asks George Barrow, a fund manager with London investment house Polar Capital. “Once they become the actual institution that is lending the money, that is a massive change in terms of the relationship with the customer and the regulatory burden they will have to bear.”

Barrow adds that the GAFAs are also likely to be mindful of the investor implications of being perceived to be a mainstream financial services player as opposed to a tech giant.

“They probably don’t want the valuations associated with the financial sector,” he says. “We have seen tie-ups with incumbents, and a focus on distribution. It is not clear whether they are going to adopt that approach in banking, but that is the evidence we have to date.”

So, where have the tech giants so far focused their attention?

Market commentators excited about Facebook’s venture into the payments space were dealt a blow in April, when the social networking group announced it was discontinuing its European peer-to-peer payments service through Facebook Messenger. The company said it would no longer allow individuals to pay each other through the service from 15 June 2019 in the UK and France, but it is planning to continue offering the option to US customers.

Facebook’s announcement wasn’t a complete retreat from payments in Europe, however. The company was keen to stress that other financial transactions will still be possible.

“While you won’t be able to exchange money with friends and family, you’ll still be able to complete other transactions through Facebook, such as making donations to charitable organisations,” it says.

While the rejigging of operations in the payments arena was surprising to some, the company has continued to make waves through investments elsewhere. It has long been the subject of rumours relating to its development of a crypto-currency, but in May, press reports highlighted that its ambitions in this area were stepping up a notch.

The Wall Street Journal reported that the company was recruiting financial services companies to help its imminent launch of a crypto-based payments system. Visa, Mastercard and First Data were among the companies said to have been approached.

Amazon is arguably the most fancied to launch a full-scale banking operation in the near-term, according to a host of reports over the past 12 months.

Last year, the Financial Times claimed that Amazon was “in talks” to offer current accounts to the US market. The report suggested that the tech giant had thrashed out plans to offer Amazon customers an account through JP Morgan Chase. In the US, the company already has an established partnership with JP Morgan Chase, with the latter running account management services for the Amazon Rewards Visa Signature Card.

Forbesmagazine reported that $100 billion of bank deposits could move if the company decided to launch a US current account. No estimate was given on the potential disruptive effect of Amazon taking a retail banking proposition worldwide.

However, market commentators suggest that Amazon is more likely to partner with an established banking brand than leap into the market on its own.

The company already has established links with major financial groups through the success of Amazon Web Services, its cloud computing division. The tech giant has a mix of A-list brands including Starling Bank, credit card behemoth Capital One and US insurance giant Liberty Mutual.

Management consulting group Bain & Company probed consumer attitudes towards Amazon as a potential provider of current accounts in a survey of 6,000 US customers, conducted in September last year. The company scored significantly better than regional and national banks when it came to customer loyalty and the survey found that customers potentially interested in banking with Amazon would be younger, with a higher income than average.

Away from consumer finance, Amazon also has huge potential in the business banking market, thanks to the established customer links it has through its retail channel. The business already offers small, targeted business loans through Amazon Lending.

In the past six months, global tech giant Google has been doing a little housework to ensure its future presence in the European financial services market is assured. The company’s Google Pay brand has been registered to trade with the UK’s Financial Conduct Authority since February 2018, but amid the ongoing drama of Brexit, the brand has pivoted to ensure it has regulatory permissions in a host of other European jurisdictions too.

In December 2018, Google Payment secured a European-wide licence under PSD2 to operate as an electronic money operator from its registration in Lithuania. Then, at the beginning of 2019, it landed authorisation from the Irish Central Bank for Google Payment Ireland to operate as a payment institution from a base in Dublin.

While the corporate tinkering shows commitment to the group’s aspirations in the payments sector, it doesn’t suggest that Google is preparing an all-out assault on the European banking sector. Well, not on its own anyway.

Open Banking commentators have long argued that Google doesn’t currently have the appetite to become a rival to the major retail banking giants (outside of payments) because the company – like its rivals – benefits from having the banks as customers.

Appetite for cloud-computing services by retail banking groups has been fast-growing in recent years. If revenues in this area are increasing, Google would need to navigate any potential losses caused by going head-to-head with the big banks.

It could still happen. While many predictions of Google’s likely behaviour in an Open Banking environment have been focused on financial services it might launch from scratch, there is always the chance that it might just acquire what it needs to get a foothold.

Google has been extremely acquisitive over the past 15 years, hoovering up smaller disruptive businesses to complement its in-house operations. Most recently, acquisitions such as Alooma, Cask and Velostrata have been centred on big data and cloud migration. While it may not currently wish to compete with the banks, there is certainly scope for it to become more of a ‘core player’ in the market.

One Google alumnus, who has been beavering away since leaving the company in December 2013, is Paul Taylor, the chief executive of Thought Machine. Taylor’s previous company, Phonetic Arts, was acquired by the company in 2010. No doubt, his former employer will be watching his latest venture, following the news that Lloyds Banking Group is planning to move half a million customer accounts to its cloud-based banking platform. In April, Atom Bank announced that it too has signed an agreement with Thought Machine.

When it comes to making waves, Apple knows exactly what it’s doing. The company’s branding and marketing is among the best in the world. Developing a more substantial financial services presence would support its brand strength, and give greater access to customer relationship data.

The framing of its recent Apple Card launch with investment banking giant Goldman Sachs, aligned its financial messaging with that of its products – that being an Apple customer will make your life easier.

In its announcement at the end of March, the company said it would be offering the card in both physical and mobile payment forms, saying it was designed to help customers lead “a healthier financial life”.

The new credit card is designed to appeal to a younger audience and is marketed on the basis that there are no fees, less interest to pay and higher levels of privacy and security.

Jennifer Bailey, Apple’s vice president of Apple Pay, says customers would find it easier to live a healthier life if they had a better understanding of their spending.

“[It] starts with a better understanding of their spending so they can make smarter choices with their money, transparency to help them understand how much it will cost if they want to pay over time, and ways to help them pay down their balance.”