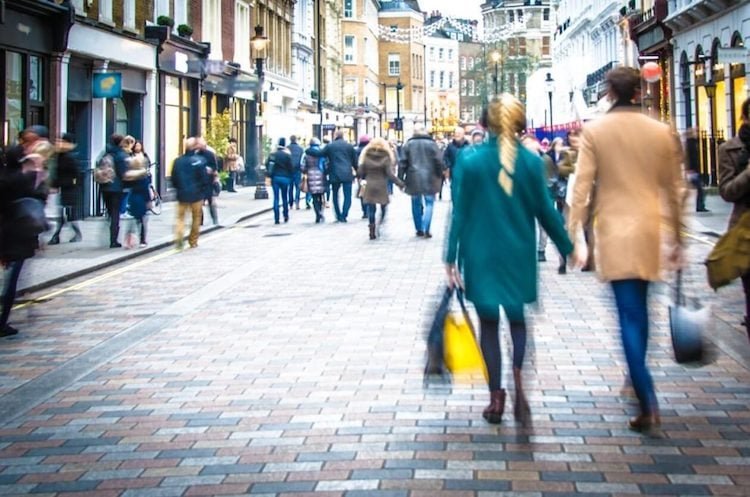 As banks and fintech start-ups use Open Banking technology to launch tools that help people manage their finances, can they also be used to improve financial inclusion? Geordie Clarke reports…

It’s a stark statistic: nearly half the world’s population doesn’t have an active bank account, according to World Bank research.

In the UK, the numbers are less dire, but still equally concerning. In 2015, the Financial Inclusion Commission reported that around 1.5 million adults are defined as ‘unbanked’ – having no current account and no alternative e-money account – while millions of households use high-cost credit, partly because they lack access to other forms of lending.

Of particular concern is the vulnerability of consumers on the fringes of the financial system. In its 2018 report examining the financial lives of consumers in the UK, the Financial Conduct Authority concluded that 4.1 million UK adults were in difficulty due to missed payments on their credit commitments. Worse still, 50 per cent of the adult population were found to be potentially financially vulnerable due to factors such as unemployment, low savings rates, or poor health.

According to the Financial Inclusion Commission, people who are excluded from the mainstream financial system have less market choice than the rest of the population and end up paying a so-called poverty premium for products and services. This can have serious knock-on effects, such as hampering a person’s ability to find a job, maintain secure housing, stay physically and mentally healthy, and be resilient to changes in income and expenditure.

For many observers, Open Banking technology could be a powerful tool for financial inclusion. The only problem is that these solutions are more likely to be a slow burn than a quick fix.

When Open Banking was launched in early 2018, it did so on the promise that it would empower consumers to use their personal data for their own financial benefit. However, public awareness fell short of expectations.

Olly Betts, chief executive of OpenWrks, said one of the reasons why Open Banking has seen low adoption rates is because consumers don’t always buy into new technology straight away. However, he added that what they will buy are better versions of themselves, and this is where the technology’s ability to enable financial inclusion comes in.

“It’s about real people and about making people feel more competent about their money,” Betts says, adding that Open Banking has the potential for significant social benefit.

One potential area where Open Banking technology can help is in consumer credit, where many unbanked and financially excluded customers either have no access to loans or face higher fees. Betts says the detailed personal data that the technology generates can help lenders make better underwriting decisions for consumers who are more likely to be financially excluded.

“The less information you know about something, the more you have to price in risks of those unknowns. This disproportionately impacts the risks to those who need it most,” he says.

At the Money Advice Trust, the view is that Open Banking, if used properly, can be a force for good.

“As is often the case with new technologies there are risks associated with Open Banking and it could potentially increase issues such as financial exclusion,” Joanna Elson, chief executive of the Money Advice Trust told Open Banking Magazine.

“Nevertheless, there is the opportunity for it to be a force for good that could make a difference to many people, including by widening access to useful and affordable financial services and through the development of products designed with vulnerable customers at the centre of the process.”

Katie Evans, head of research and policy at the Money and Mental Health, says app-based tools can help people who have problems paying bills or managing their money, and as a result are often financially excluded.

“Open Banking allows us to go beyond the one size fits all model and go to a more granular level,” she says. “What I like, is having an app that gives me a spending control. The ability to cap spending online can make a real difference. Open Banking opens up a suite of tools that give people the kind of financial services they want.”

Invest and they will come?

All of this comes at a cost, of course. At the Open Banking Expo, Elson said the technology needed to improve financial inclusion requires a level of investment that the non-profit sector can’t provide on its own.

“It’s about people working together: working with banks, fintech, the Money Advice Trust,” she said. “The challenges are, how do we in the voluntary sector who don’t have deep pockets stay up to speed with the pace of change and make sure the services we provide are as effective and cost effective as we can possibly make them?”

To that end, the Money Advice Trust is working with Nationwide Building Society to see how Open Banking can be used to improve the speed and accuracy of completing a budget, which Elson says is a crucial part of the debt advice process.

“Open Banking has the potential to help people manage their finances, through alerts and nudges, and to identify financial stresses early before debt issues spiral,” she says. “We will continue to engage with organisations working in this area and look forward to seeing how Open Banking can help people in or at risk of financial difficulty.”

For Evans at Money and Mental Health, the answer is in making the system work better for everyone, rather than trying to make everyone work better in the system. She likens it to installing curb cuts at street corners to allow wheelchairs onto the pavement.

“The crucial thing is we didn’t try to find every person who had a problem. We built the system so it works with everyone,” she says.

Away from the UK, the technology has proved more successful, particularly when it comes to social inclusion. At the Open Banking Expo, Carlos Figueredo, chief executive of Open Vector, said the experience in Mexico has been positive, with encouraging levels of collaboration.

“We didn’t have the pushback seen in the UK and we had immediate collaboration,” he says. “For me, Open Banking is not about products or an IT solution, it’s a movement. Open Banking can bring on new investors, new abilities – most importantly it’s to tackle social inclusion. It’s not about the banked, but to focus on the unbanked. We never thought that’s what Open Banking would lead us to when we first started doing this.”