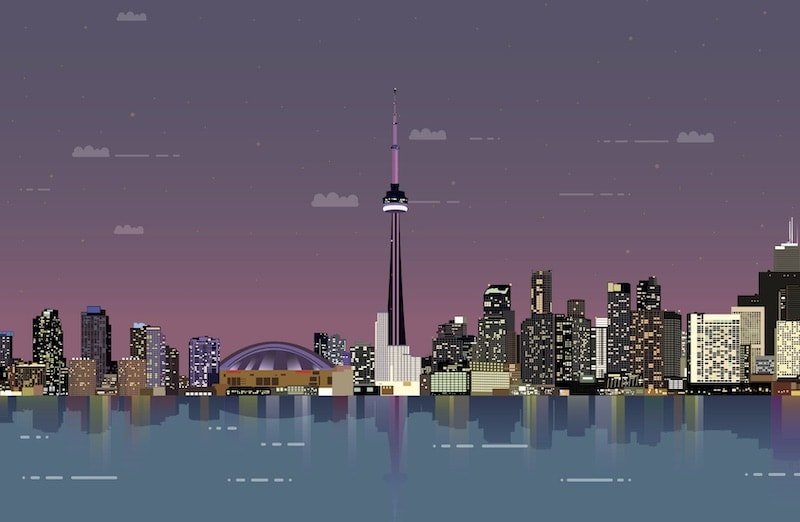 Senior representatives from Canadian financial institutions debated the drivers of Open Banking and their methods of implementation at last month’s Toronto event Open Banking: A Canadian Lens. The Open Banking Expo event, in collaboration with Equifax, was attended by over 200 people in the sector.

Carolyn Burke, head of enterprise payments for the Royal Bank of Canada, said consumers needed to know that the banks “had their backs” before they would be willing to trust Open Banking; in the same way that they had to trust banks to cover their online shopping transactions following the growth of the internet.

Mayank Mishra, Citibank’s managing director and global head for digital channels, said that speed and agility of APIs would be key to Open Banking success because they are fundamental to great customer experience.

“The customer experience has to be the central part of what we do as part of Open Banking,” he said. “It’s important because customers will now have a choice at each and every stage of their life cycle to pick the right partner for them, rather than being stuck with a particular bank for the entire value chain.”

To that end, he said API standardisation needs to become faster and more agile so that financial institutions can ensure they are competitive and can provide services their customers want.

The event offered unique insight on the Big Six banks’ plans, should Open Banking be regulated in the region. That decision is currently undergoing a government consultation but the general consensus was that it was a case of when, not if, Open Banking would be implemented.

In an event poll on what the key benefit of Open Banking will be, 30 per cent said enhanced product innovation, closely followed by 26 per cent citing financial inclusion and 24 per cent expecting it to stimulate competition.

A common theme across the event was that the term ‘Open Banking’ is causing a branding crisis. ‘Open’ and ‘Banking’ in the eyes of the consumer are two words at odds with each other and could pose a feeling of mis-trust, experts felt.

Canadian financial institutions need to take a proactive role in meeting the future financial needs of consumers and small businesses with new technological solutions. That includes bringing customers along and gaining trust.

Andrew Moor, president and chief executive of Equitable Bank, said Open Banking is critical for the entire financial sector in terms of fulfilling the needs of consumers from all income backgrounds, as well as small businesses.

“Open Banking is really important in Canada in terms of providing a social licence for the whole industry. We need to fulfil the needs of the population of Canada, whether it’s people that are struggling financially, but also the fabled middle class,” Moor said.

He added: “I would include as amongst our greatest service, the needs of small business. There’s an asymmetry between the data that the small business has and how we serve them. Open Banking can go a long way to helping small businesses be more vibrant, most of financial firms get better access to capital, and through that create jobs and employment prosperity in the community.”

Reflecting on how consumers benefit from new technology, Carolyn Burke, head of enterprise payments at Royal Bank of Canada, said it is important to remember that a version of Open Banking has existed in Canada for two decades.

“The ingredients where businesses and consumers who wanted to see a full picture of their financials, using bank credentials to take information in, [are there]” she said. “The security of that channel has been enhanced over time, but the ability to bring partners and data together to improve lives has been around in North America for over 20 years.”

However, Canadians are hacking their way to Open Banking through high use of screen scraping products, said Adam Felesky, chief executive of Portag3 Ventures.

Felesky agreed it is a myth that the market lacks use cases for Open Banking, saying aggregators are seeing strong demand for their services, most of which involve screen scraping.

“There is real demand and, to the opponents of Open Banking who dismiss it on the merits of security, we believe screen scraping is much less secure,” he said. “An Open Banking framework actually protects them more, as well as the consumer.”

The challenge, Felesky added, is how to achieve this and whether it should be through a market-led solution or a government-led solution.

“The proponents of a market-led solution would argue that there’s a strong history of acting proactively and collectively to meet a government objective,” he said. “Many would point to Interac [the Canadian interbank network for electronic transactions] as a great example and, by many measures in terms of adoption, it is world class and has been an incredible success.”

Nevertheless, Felesky said that, in the world of payments modernisation, Interac’s involvement has led to continuous delays, partly because the company needs to deal with a dual mandate, and government partnership is often difficult.

He added that, given five banks control more than 90% of the market, the government should play a leading role and existing market participants should not choose who is credible and who is not.

“This is potentially anti-competitive and contrary to an Open Banking digital framework,” he said, adding that a new regulatory body would need to set standards and credentials for market participants. “It does feel like we’re making progress. However, we’re clearly behind many jurisdictions and need to think more broadly about how we protect consumer trust and how we compete.”

Ahead of likely implementation, Canadian financial institutions are sizing up the challenges ahead.

“One thing you hear about all the time is what is regulatory-driven versus market-driven,” he said. “Some people feel the regulator should be incredibly prescriptive. Some people feel that regulation should not be part of the solution at all.”

Similarly, Michael Legare, vice president of digital transformation at National Bank of Canada, said consumer awareness continues to be troublesome for the sector, and this amplifies the challenges that institutions face.

“I think there’s a real opportunity here in Canada to think about how we approach this properly so that we treat Open Banking as a springboard to help our Canadian institutions,” he said. “If you look at it from a fintech perspective, even if they were to partner with every large bank in Canada, that’s still somewhat of a limited market when you compare it to other fintechs around the world who are opening up to a broader range of institutions. How do we support an ecosystem here in Canada so that we compete on a global stage?”

Others said Canada’s payments system still has a long way to go in terms of becoming modernised, which they believe is holding back innovation.

Moor said it still takes days, rather than minutes, to move money from one bank to another. “That’s a public embarrassment,” he said. “We are working hard on the real-time rail, but I feel like I’ve been waiting forever for it and it’s still a couple of years away.”

However, Royal Bank of Canada’s Carolyn Burke defended the system, saying that while the real-time rail doesn’t exist just yet, the country has had near-real-time payments for 20 years, which pre-dates most other countries.

Ultimately, the best way to move the industry forward is for banks, fintechs and other interested parties to cooperate and collaborate with each other, and to move more quickly to develop standards that help customers.

For more information, or to register your interest for the next Canadian event, please contact adam.cox@openbankingexpo.com.