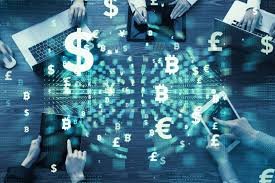 Traditional banking groups now consider the acquisition of new technologies as justification for mergers and acquisitions (M&A), and are adjusting how they assess deals, according to research from consultancy Accenture.

The report, Riding the Consolidation Wave: Navigating the Next Wave of Consolidation, is based on a survey of global banking institutions from around the world and was published last month.

Respondents to the Accenture poll said 62 per cent of banks have a different pre-deal team, or pre-deal evaluation criteria for dealing with digital M&A deals, while 50 per cent said they had alternative valuation and cost models.

The report found that the attraction of new technologies is on par with traditional reasons for M&A (such as driving synergies with similar companies or expanding into geographic markets). Of those polled, 43 per cent said acquiring new capabilities was the reason to pursue a deal, while 42 per cent cited the appeal of next generation technologies.

Accenture added that banks increasingly feel that a chief technology officer (CTO) or chief information officer (CIO) should be involved in M&A discussions from the start, with 73 per cent of banking c-suite executives agreeing that the CIO should be involved “from the early stages of the M&A lifecycle”.

The report’s authors concluded: “The CTO/CIO needs to be at the table from the start, during target screening and due diligence through to integration planning, execution and shaping the value of new digital capabilities, that will make a difference to customers, employees and ecosystem partners.”