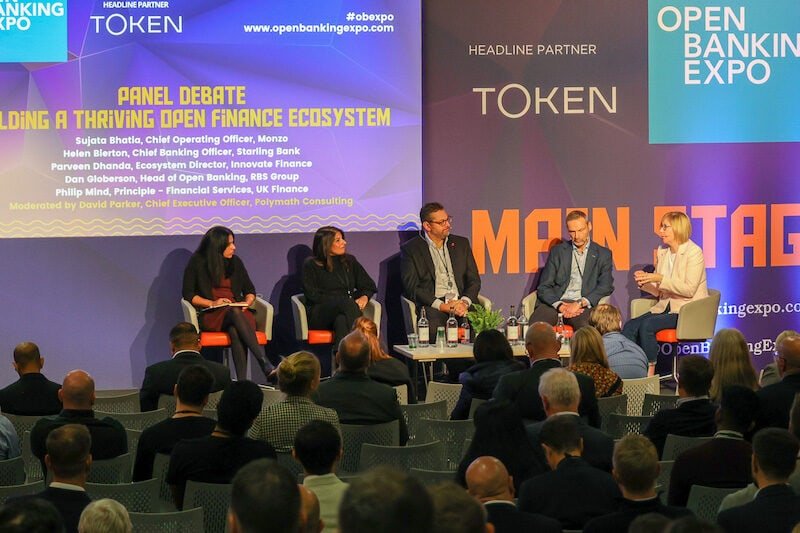 Open Banking in the UK is an industry built on partnerships and collaborations – that was truly in evidence at the Open Banking Expo UK Confex in London yesterday (4 November), where banks, fintechs and organisations that thrive on working together, finally came together in person for the first time in two years.

The anticipation was palpable as delegates streamed into the Business Design Centre and took their places for headline event partner Token CEO Todd Clyde’s opening remarks. He set the scene for what was to be a packed agenda of panel debates, fireside chats, keynotes and exclusive announcements and launches across four stages.

The future of Open Banking payments was the talk of the Confex, given that the January 2022 deadline set by the Competition and Markets Authority for implementing sweeping through variable recurring payments (VRPs) is looming.

Bierton emphasised the need to have the right use cases for the right reason so that they can engage customers. For Bhatia, it was important that Open Banking changes the way vulnerable customers are identified and helped. Globerson highlighted the need for compelling propositions to ensure that consumers and businesses feel comfortable sharing data.

Then, it was the turn of Marion King, director of payments at NatWest Group, to deliver her keynote address on the future of payments. She painted a picture of the year 2030, in which 80% of consumers use digital ID, banks have modern payment architecture, fraud is managed by a national regulatory framework, bank branches are digital financial support centres and cross-border payments are “as easy as sending an email”.

In his fireside chat with me on the main stage, Aiia chief revenue officer Jozef Klaassen revealed that Danske Bank UK has partnered with the European Open Banking platform that was acquired by Mastercard earlier in the year. The collaboration marks Aiia’s entry in the UK market – a key part of its 2022 expansion plans.

I also caught up with David Thompson, head of digital channels at Danske Bank UK, about the new partnership and what it means for the two companies later on in the day.

As I conducted a number of video interviews with speakers and attendees throughout the day, the same themes kept cropping up – the enduring benefits of collaboration, why payments will continue to be the big story of 2022 and an ecosystem that demonstrated its ability to innovate even during the pandemic. There were also practical suggestions to ensure that the momentum and ideas that emerged are converted into actionable steps long after the event.

By the time that newly-appointed Open Banking Implementation Entity trustee Charlotte Crosswell took to the stage to close the Confex, the overwhelming feeling was of an industry back where it belongs. Until next year…