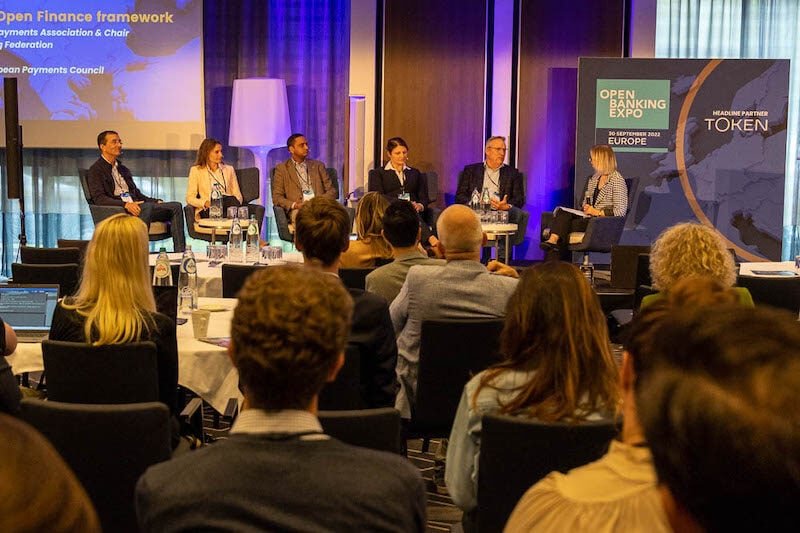 European banks urged to collaborate for Open Finance to succeed

The European directive PSD2 has been both “a success and a failure”, according to senior leaders from across the European Open Banking and payments ecosystem during the ‘Powerhouse’ panel debate at Open Banking Expo Europe.

When asked whether PSD2 had been a success or whether its adoption across Europe had been too slow, Gijs Boudewijn, general manager of the Dutch Payments Association, answered that the directive was “both a success and a failure” in this regard.

He also called current PSD2 regulation “a giant wake-up call for governments to do something”, as it paves the way for the incoming PSD3.

The panel, which was moderated by Open Banking Expo’s head of editorial and broadcast Ellie Duncan, discussed how one of the main criticisms levelled at PSD2 has been how open it was to interpretation by different European countries, and the need for PSD3 to address this by encouraging a more standardised approach.

The panel also discussed the need for European banks to collaborate on Open Finance, to ensure it works for consumers and institutions alike. ING’s Mian discussed the idea of a “blueprint”, which she said would give consumers a greater sense of control when it comes to sharing their financial data.

For the European banks to work in unison, a sense of trust and value is needed between each, with all financial players fully aware of the data capabilities surrounding the market, according to Mian.

The panel, which took place on the main stage at the Expo in Amsterdam, also assessed the need for principle-based regulation, and the balance to be struck between regulation and the market.

It was argued by the panellists that regulation is often too prescribed when it comes to Open Banking, which can hinder innovation. But the new regulation is set to “ignite innovation”, according to Boudewijn, instead of being a hindrance.

She added: “The European Commission has the opportunity to go one step further and resolve some of the systemic issues that have surfaced as the Open Banking ecosystem continues to grow at pace.”

Prior to the panel debate on 30 September, BBVA’s Climente took part in a Q&A about her views on PSD3, in which she revealed why PSD3 will have “a transformative impact”.