Hundreds of fintechs, banks and tech companies that were planning to complete lucrative mergers and acquisitions have shelved these transactions.

Valuations also slumped by 28%, with the total value of deals down 28 percentage points quarter on quarter – their worst three monthly performance since 2016.

The startling figures come just days after Rosenblatt Securities warned that dealmaking, and fintech funding, will be “significantly” impacted by the Covid-19 crisis.

In a market commentary, Rosenblatt said that deteriorating business conditions, weaker funding conditions and changes to appetite for mergers/IPOs could create “disruption in public markets” that will impact private fintech companies.

“These forces may feed off each other, creating a vicious cycle where deteriorating business performance makes funding more difficult and vice versa, should the market downturn last long.”

Analysts at Rosenblatt noted that previous downturns have shown a 6-month lag between a public market downturn and when private market activity starts getting impacted, suggesting that the worst is yet to come.

A Reuters report looking specifically at how the Asian market has been impacted, suggested that some companies have sought to trigger “material adverse change” (MAC) clauses in deal contracts, which allow them to postpone deals due to adverse fluctuations in pricing.

The report also speculated that some companies may have already drawn up specific contacts with a pandemic clause.

Despite the gloomy predictions, there have been some companies which have successfully managed to complete their transactions, however.

In the press release announcing the latter, Lupina Iturriaga, chief executive officer at Fintonic, maintained that it is “an exciting time for the finance industry” despite the unfolding Covid-19 clouds gathering.

Indeed, Alessandro Longoni, head of Italy’s Fintech District in Milan published a blog last week noting that despite the “unprecedented and serious situation,” many fintechs stand to benefit from the global shift to remote working.

“Our community – both fintech start-ups and corporate members – has come together with a number of initiatives to support the fight against Covid-19,” he said.

“Fintech companies have a strong technological knowhow and they will most likely find more space in people’s lives when the emergency is over.” 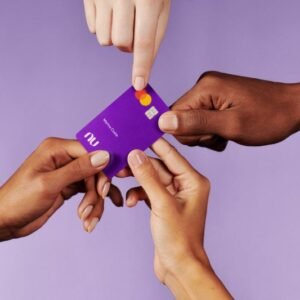