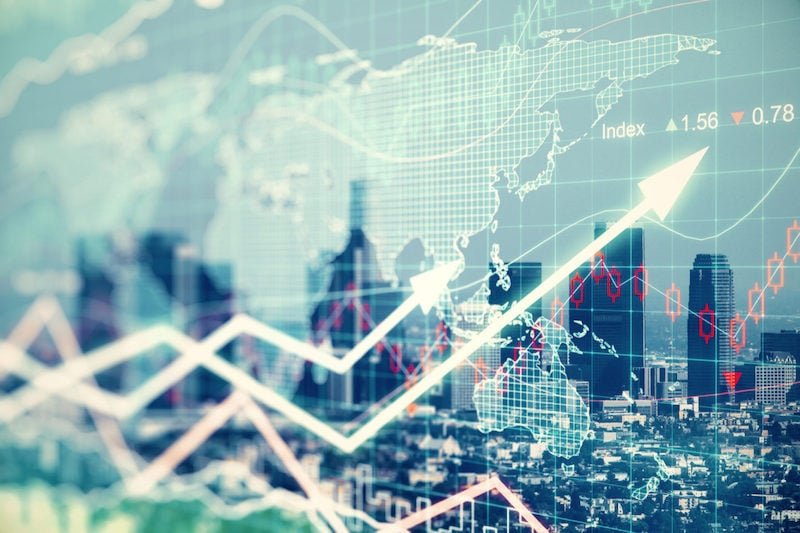 Insight: How has the economy changed, and how will it change?

In this insight piece, Chief Economist at Experian, Mohammed Chaudhri provides us with context around how the economy has, and is, changing. He helps us understand what firms’ need to pay close attention to, in order to mitigate risk from both pandemic and economic shock.

Mo, what are we seeing from an economic stability perspective?

Its undoubtedly a turbulent time – and with the ONS releasing their first quarter of negative growth a few weeks ago, all indicators are pointing towards a recession.

You could hypothesize when looking at the high-level trends, that we are on the cusp of an economic recovery, however the credit market is lagging against the real economy. To this point we haven’t seen the real impact on the credit market. The next few months will be critical to understanding market impact – and we are tracking it closely.

What are the main drivers in economic volatility?

Spending is down and will likely continue that way too – putting it at the forefront of an economic slowdown. In March alone spending declined by a third compared to levels we would usually see. Ultimately the depth of economic crisis will be driven by the containment of the virus; of which is very hard to predict. Within our forecasts therefore, we are working on four possible scenarios and encourage any firm to perform tests against all, in order to be the best prepared possible.

The two aren’t comparable. This is for many reasons

In summary, some learnings can be taken but a forward-looking view will be even more critical to assess how the impact will differ – and more importantly, the impact on individuals and portfolios.

In mid-May, the Government announced the extension of the furlough scheme until October 2020, which is certainly helpful in securing some jobs. We expect that unemployment levels will rise in the second and third quarters of 2020 and our working assumption is that unemployment will begin to trend downwards by the end of this year.

What does affordability look like – are we seeing any income declines?

To date the furlough scheme has proven to help by providing 8.7m people with access to a portion of their usual employment income. This has had some impact so far. For example, on a sample population of 16m current accounts, 41% showed more than 10% drop in income between March and April. As savings decline though, overall people are showing signs of having less capacity to afford their commitments. We have seen some indicative movement in defaults – which is mainly seen in the furlough range. Analysis also performed at industry level, also shows how people, and businesses, believe they are unable to afford to meet their required expenses in the near-term.

What about indebtedness – what are your thoughts on squeezed capacity?

Despite payment holidays, which are likely to be masking the true effect so far, there are likely to be a significant number of highly indebted households in the near term. This is starting to come through in the analysis, with a rise in demand for credit as some people report difficulty meeting payments as a result of the crisis.

Another indicator of financial strain is through the surge seen in Universal Credit claims. It is imperative to look through the overall number and understand the granularity within them. For example, on a cumulative, figurative view, new claims are up – but when you analyse daily applications trends you can start to see a decline in requestors of universal credit. Looking at who the applicants are, can be a key indicator of risk.

How do you determine pandemic shock or economic shock?

When customers ask for payment holidays or extended terms, it’s vital to understand whether they’re suffering from pandemic shock, or economic shock. In other words, are they being cautious and pulling in their purse strings before things get tough, or are they about to default on credit agreements because they’ve already hit hard times?

Telling the difference is a complex challenge, requiring you to understand customer risk based on both short and long-term impact. Would that customer have been a risk even before the pandemic? Or have they become a riskier prospect because of the economic downturn? Data, and effective scenario analysis can help you answer these questions and understand the actual impact – therefore actions required.

This is all a very bleak picture, are there any positives?

Its reality, and heavily reported, that we are in a turbulent economic environment. On a positive note, as stated earlier, there are analytically advanced tools available – and, alongside the rise of non-traditional, that can help firms’ manage the risk and support the economic recovery.

What role can Experian play in mitigating impact?

There are many ways in which we can, and are, helping. One example is through revival analysis. This can be done by overlaying our economic scenarios on top of bureau data, which unlocks the unique capability for us to help lenders understand which sectors and households of the economy are going prove to be most resilient to the impacts of Covid-19 – presenting tangible insights for lenders as we move into the recovery phase.

What advice would you give to providers trying to support their customers, and protect portfolios, right now?

Look beyond the numbers. It’s easy to look at a chart and make assumptions. But as I have mentioned, the real detail lies beneath.

Looking also at a household level will give further depth of detail and able effective scenario assessments to happen. Tools such as Experian’s Financial Strategy Segments (FSS), can also be used to analyse by ranking of risk. This can help firms understand which groups are most likely to see a hit in income and decrease in employment, but also if their portfolios are over concentrated, or indexed, in any particular group – and therefore their portfolios exposure to economic shock. Other tools can help firms be alerted to change – for example income shock – and capabilities such as Experian Ascend, can empower lenders to test and learn, monitor and deploy change fast. Therefore giving the ability to tailor strategies as quick as they evolve.

These are just a handful of examples – and one of the reasons I am so proud to work at Experian is our approach to the market as consultative partners. With each issue being inherently different, we can work through the complex problems of individual firms and help them manage exposure and mitigate risks.

My final point would be to pay attention to performance as the lockdown eases. It will be vital if you are to understand who is exposed and to what extent. This includes the impact of employers subsidising furlough payments post-July. We are performing scenario analysis around this frequently.