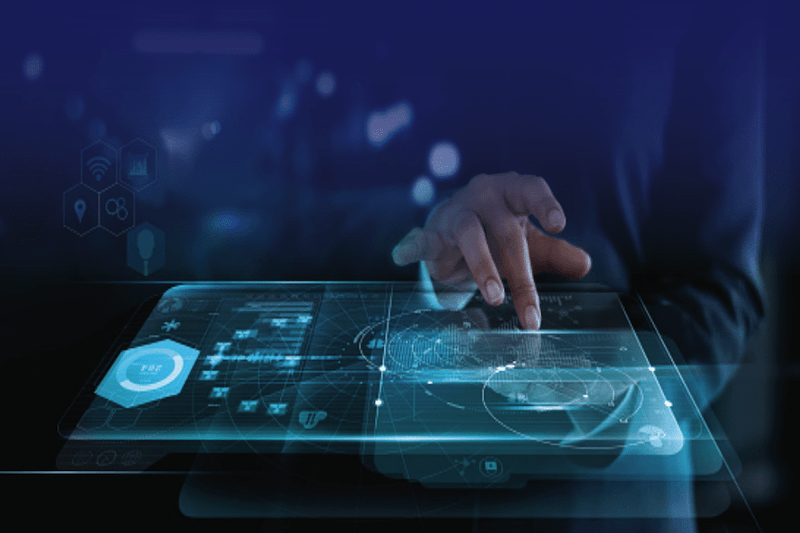 Please set the scene and tell us about the Virtusa business

Virtusa has been in the banking and financial services industry for over 25 years. We employ around 22,000+ people across 50 locations around the world and work with a variety of clients, including 15 of top 20 banks globally.

We partner with banks and financial institutions to support them on their digital transformation journey and unlock new value through innovation engineering, including helping to accelerate their  API and Open Banking adoption.

Can you tell us more about the Open Banking Sandbox Virtusa has set-up in the UAE?

We recently worked with one of our clients in the UAE to develop and deploy the first API sandbox in the Middle East. Essentially, it’s an Open Banking sandbox, powered by Virtusa’s Open Innovation platform, that allows them to evaluate FinTech offerings and develop innovative new services. It is a self-contained environment, providing FinTechs and developers with a simulated banking space to experiment and create real-world apps and services. The platform comprises over 200 APIs, 500 endpoints, (covering retail, corporate and SMEs) and over five million simulated transactions related to one million customer accounts.

This platform equips the bank with the right tools to evaluate a new offering and validate it using real-world data to get proof of concept before onboarding. Instead of the typical 6-12 months lead time, they can go from ideation to a fully working protype in around 4-6 weeks. This means they can launch commercially viable products faster and with minimal resources.

What’s your advice around monetising APIs?

Open Banking solutions are already gaining some visible traction in certain areas of banking, especially on the transaction banking side – partly because that’s where the money is.  SMEs and corporates are willing to pay for some of the privileges and services that Open Banking can power. Cash management, for example, is a particular area of interest – being able to instantly see their cash positioning is of great value to businesses, so it makes sense that they’d be willing to pay for those services.

The key is to look at monetising the service behind the API rather than the API itself. For example, digital software providers such as Quickbooks are now offering API integrations into their platforms. Partnering would give a bank the opportunity to offer access to small business finance by integrating with the merchant’s software. In this instance, banks wouldn’t be charging for the API, but instead creating revenue and customer outreach by offering the service behind the API, (integrated working capital loans for example) via the merchant’s accounting platform or ERP systems.

This strategic partnering approach will give banks the potential to develop new revenue streams such as digital receipt storage, travel insurance, FX services at ecommerce sites, finance options at POS devices and so on. It’s not about traditional banking channels, it’s about offering services to the consumer when relevant and convenient, powered by Open Banking capabilities.

Do you think Open Banking is best driven by market innovation or regional regulation?

The introduction of PSD2 has meant most organisations have been focused on compliance. The truth is that most businesses and even customers are interested in sharing data outside of banking in order to power better services, but to date they’ve had no mechanism to do it. Regulation has helped to move things along in that respect, but at the same time put focus more on compliance rather than innovation.

The drivers for Open Banking are different across different geographies. For instance, the UK have established a standard and made it mandatory. In Europe, there is a mandate but no standard. But we can also see Open Banking picking up elsewhere around the globe, where it is not driven by regulators – in India and Singapore for instance, in Australia (who have followed the UK market) and in the US we can see some traction in the transaction banking sector.

However, there is still a need to have more innovation and competition – and this is yet to come. I believe that when the market is driving the development of Open Banking, the focus is on innovation rather than compliance. Now that the banks are started to shift their focus beyond compliance, I expect to see more use cases coming out, but this may depend on the level of industry collaboration.

In an ideal world, I think driving something as significant as Open Banking requires a strong community and perhaps the role of regulators going forward should be to create and enforce that community.

What do you think the Open Banking landscape will look like in 10 years’ time?

We’re currently witnessing the rise of the platform economy and Open Banking will definitely form part of this. Just as we’ve seen Amazon become the giant of the ecommerce world, similarly I think we will see banking services aggregated and broken up in this way.

I expect some of the bigger global banks such as HSBC, Citi etc moving towards becoming that level of platform player, but equally so could other new entrants.

We’re moving towards an open platform economy and I think that Open Banking will play a big part in connecting payments into a multitude of platforms. It could take any number of forms, but I think IoT will be a strong feature in 10 years’ time. For instance, I can imagine being able to take out health insurance through my Fitbit, with my premium being established by the health data accessed through the wearable or app. With the recent acquisition of Fitbit by Google, that seems very realistic.

To make this all happen we will require a variety of different players, technologies and approaches. Just as you can’t build an intricate Lego model with only one type of Lego brick, we will need lots of different partnerships, services and platforms to build the Open Banking landscape of the future.