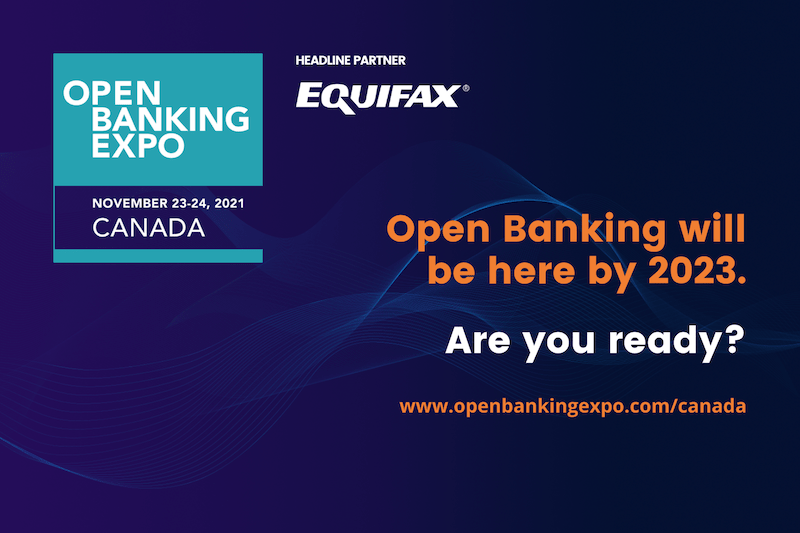 Open Banking Expo will return to Canada for a third consecutive year in November, bringing together C-level and senior-level delegates from across the financial services sector, just a few months after the release of the final report by the Canadian Government’s Advisory Committee on Open Banking.

The two-day virtual event will provide an opportunity for delegates to discuss the future Open Banking roadmap and what a “made-in-Canada” approach to its implementation, as set out in the final report, will look like.

Bill Morneau, senior fellow at Jackson Institute and the former Finance Minister of Canada, has been announced as the opening keynote.

Sue Hutchison, president of Equifax Canada, said: “We are proud to partner with Open Banking Expo for the third year in a row.

“The Expo is a powerful platform for industry leaders to share their insights and discuss the future of Open Banking in Canada, especially in light of the latest Government report and its recommendations to bring the benefits of Open Banking, such as data transparency and financial control, to Canadian consumers.”

The event will cover topics ranging from the role of Open Banking in the post-Covid-19 recovery, and the security and privacy debate around data, to commercial opportunities for small businesses and what Open Banking means for Canadian consumers, across formats including debates and keynotes with industry overview.

Adam Cox, co-founder of Open Banking Expo, said: “We are thrilled to be able to bring together the industry, especially at such an opportune time as the Canadian Government’s Advisory Committee published its Final Report on Open Banking, setting out the roadmap and timeframes for its implementation.”

The Advisory Committee has recommended that Canada’s Open Banking framework be defined and implemented by January 2023.

“While still at the beginning of the journey, Canada boasts a growing community of Open Banking and Open Finance pioneers working to bring consumer-directed finance alive for consumers, small businesses, and the wider financial services sector. And we are proud to play our part in supporting this movement, which the line-up and agenda for this year’s event aptly reflect,” Cox added.

To find out more and to view the program for the event, click here.