Open Banking Expo’s Ellie Duncan caught up with Michael Lane, VP of sales at Token, to discuss what needs to happen for widespread merchant adoption of A2A payments, why the industry as a whole has a role to play in educating consumers and the demise of debit cards.

1. When did you join Token and what does your role involve?

I joined Token in 2019. Previous to that, I spent 15 years in card acquiring, payment gateways and alternative payment methods. Essentially, I’m the commercial arm of the business. So anything that comes into the business as a new opportunity comes through me and my team’s desk. We’re proactive, spreading the word of A2A payments, going out to the market to try and find new opportunities, and we handle inbound RFI and RFPs, which is, understandably, where a lot of the major players make their decision.

2. What challenges need to be overcome before we see widespread merchant adoption of account-to-account payments?

Merchants adopt a new payment mechanism because customers are asking for it or because they’ve seen it somewhere else. But, with Open Banking, customers haven’t seen this anywhere, so the customer is not necessarily driving the merchant to adopt. This path to adoption is payment service provider (PSP) to merchant to customer — not customer to merchant to PSP – at the moment.

What’s happening is the merchants are very aware of the benefits of Open Banking. Some of them are early movers and want to be at the forefront of technology and so that suits some traditional sectors, which are happy to adopt new payment mechanisms. 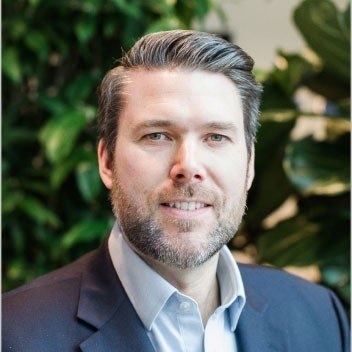 But the challenge that a merchant has is, if I put this on my checkout, is someone going to use it? Secondly, if they do use it, will it work?

Why was data the major roadrunner at the start of Open Banking, why wasn’t it payments? It was because in order to support a payment rail, it’s got to work 100% of the time. So merchants were waiting for stability, to make sure that when someone clicks on it, it works. Because if someone clicks on it and it doesn’t work, they might go somewhere else and the merchant loses a sale.

Once you have the stability of the APIs, which you do now in the UK, and we’re seeing a lot of Europe really catching up fast. We’re now at the point where APIs can support a payments transaction.

And finally, merchants consume payments one of two ways: they go direct to source or they consume via their payment service provider (PSP). By opening up the channel and empowering the PSPs to offer this out to all of their merchants, then you’ve removed all the barriers and the merchants start to adopt.

3. Token has talked about Open Banking payments having reached a ‘tipping point’. What needs to happen next in order to fully realise their potential?

I don’t want to sound like a broken record, but it’s availability and repetition.

What needs to change is that the customer needs to see Open Banking payments everywhere they shop. They need to see ‘Pay by bank’ on every checkout, they need to click on it a few times, and they need to understand it, then use it, and then this becomes their way to pay. We see from our customers that the numbers are only going up. We believe that end consumers are comfortable with this way to pay, and once used, they continue to use, and why wouldn’t you be, it’s as easy as logging into your bank.

4. Once merchants have fully adopted A2A payments, will the onus be on them or the banks to educate consumers about the benefits, or does it need an industry-wide initiative?

We’ve seen a few very good examples of education. With one of our customers, when you first logged into the app to make a payment, the first thing you saw was the message: ‘we’ve got this new way to pay, it’s called Pay by Bank, you’re going to be redirected to your bank, and you just log in as you normally would and the money will be moved in seconds’. When merchants do that, you see a much faster conversion to account-to-account payments. Customers will see it, they’ll start to use it and then all of a sudden that’s when you get the true tipping point, whereby it will start to become a significant portion of every customer’s checkout.

5. How will the European Open Banking payments landscape change over the next five years?

The market is already very big and there are lots of new Open Banking companies popping up. So I think we’re going to see a lot of M&A activity over the next five years.

Open Banking is going to replace the debit card. Why do I need a piece of plastic when I can use my face? It’s going to replace a lot of the other alternatives, many of which are based on bank transfer anyway. So why use some really clunky, old technology when I can just connect to a PSD2 API and get it done in seconds?

SEPA instant will definitely gain more traction in Europe. So you’ll have Faster Payments in the UK, SEPA instant in Europe, which means more pressure on delivery of goods and services. There’s going to be consolidation in the Open Banking market, and consolidation of the payments market in general because every single payment mechanism, with the exception of a credit card, is funded by a bank account.

I think debit cards will disappear, maybe not in five years, but over time. An ecommerce checkout for most will consist of credit cards, ‘Pay by bank’, BNPL, and that’ll be it. You don’t need anything else, whatever you want to purchase.

For us, it’s about driving the channel, helping them maximise adoption with their merchants, and educating them to educate the consumers. So that when the customer clicks, it becomes their way to pay.