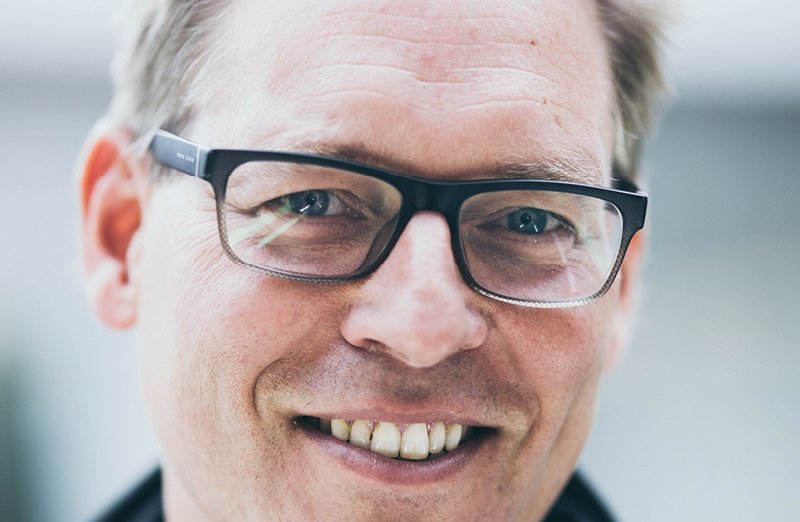 As one of the first big companies to implement Open Banking in the UK, HSBC understands the challenges and opportunities that exist in the market.

With the banking giant undertaking further projects this year, Open Banking Expo Magazine spoke to Josh Bottomley, global head of digital at HSBC Retail Banking & Wealth Management, to discuss current trends in the sector and what needs to be done to drive innovation further.

According to Bottomley, there has been a massive shift in how people want to carry out their banking activities, with a massive 87 per cent of its global retail transactions now done digitally. Customers expect digital banking to be as straightforward as other transactions, such as booking a taxi, or ordering a takeaway.

“Open Banking brings opportunities to serve the customer in innovative and more intuitive ways. For example, over the past few years we have been testing account aggregation, new money management tools and a marketplace,” he says.

HSBC, like many banks, has undertaken a branch closure project in recent years, but it has also recognised that the way we bank is changing. Instead, it sees that consumers increasingly want enhanced digital capabilities and Open Banking initiatives.

One of the digital initiatives that made headlines more recently was elsewhere in the HSBC group in October, in wholly-owned brand First Direct. The retail division has reportedly been earmarked for a digital overhaul, to allow it to compete with the new wave of challenger banks such as Monzo and Starling Bank. Products set to be introduced by First Direct over the next year include an in-app marketplace and the use artificial intelligence (AI) to make recommendations and automate activities, according to a Financial Times report.

Bottomley believes AI will be essential in the future of Open Banking and will drive the monitoring of service quality and connectivity, as well as help manage fraud issues.

“I would highlight the use of artificial intelligence and machine learning to make sense of data from many different sources to deliver a better customer experience and risk trade-off. We can use algorithms to identify customers and circumstances that may be susceptible to payment fraud and make real-time interventions,” he says.

“Credit risk management and sales suitability become a continuous spectrum where it’s about using behaviours to predict what lending solution is useful at any given time, rather than just approving or declining an application.”

HSBC isn’t limiting its ambitions to the UK, either. The group’s many separate divisions around the world are all working on digital initiatives that aim to protect the business’s viability for the future.

Last year, for instance, rumours began circulating that HSBC is building a separate stand-alone digital banking service for small business customers. Dubbed ‘Project Iceberg’, reports suggest the bank has teamed up with more than 100 fintech startups for the venture, in order to offer innovative services.

Bottomley says the bank has an appetite to build new Open Banking services both organically as well as through partnerships with fintechs.

“For us it’s a healthy mix of in-house development and partnerships with fintechs and other organisations. We sometimes invest in fintechs if we see a long-term strategic benefit for our customers and business. At the same time, we buy off-the-shelf technology products and integrate the tools into our own platforms.”

One of its most successful organic ventures within the broader HSBC group, is the Hong Kong-based payments app PayMe which launched in 2017 from scratch and now has over 1.6 million users, out of a Hong Kong population of 7.3 million.

On the flip side, purchased ‘off-the-shelf’ products include a version of Blackrock’s Aladdin Wealth platform which helps investors understand hidden risks in their portfolio. This bolt-on saw HSBC become the first global bank to customise the benefits of an asset manager’s portfolio construction platform to private banking and high net worth retail customers, according to Bottomley.

While acquisitions and partnership are important, it is the sharing of ideas that is key to HSBC’s Open Banking strategy. The bank runs regular ‘hackathons’ which are open to different employees and disciplines across the organisation. In 2017, it launched DigitalDownload – an internal education website to support staff in building their knowledge of new technologies.

“Great ideas can come from anywhere in the organisation, so the most important thing is developing an innovation mindset internally where employees feel empowered to imagine what a customer experience could look like in the future.

“They also need the understanding of how technology could be applied to that vision to make it become a reality,” says Bottomley.

Indeed, no one can accuse HSBC of not trying to be innovative. While Open Banking has favoured the retail banking space, last month the bank took its first step into trade finance Open Banking with its banking guarantee API.

The API, being tested by ING and Standard Bank, lets partner financial institutions and their clients see the status of their bank guarantees in real time from their own platforms rather than relying on phone calls and emails for updates.

The digital service, the first of several that HSBC is planning in the trade finance market, enables partner banks to issue local guarantees in markets where they don’t have a presence, saving customers the complicated task of navigating different banks for every project.

With HSBC handling around half a million bank guarantees a year, the company sees these APIs as fundamental to the future of trade finance and cross-border trade.

The bank is also pioneering the use of blockchain in trade finance. Its groundbreaking Cargill LC transaction in 2018 saw HSBC and ING use a letter of credit (LC) company to reduce the transaction time from a standard 5-10 days, to just 24 hours.

And just this month HSBC pioneered Malaysia’s first blockchain trade transaction. Again, the exchange was completed in 24 hours, thanks to the digitisation of key trade documents which enabled end-to-end visibility for all parties.

For Bottomley, market innovations occurring in places like Asia are a good indicator of where the future of Open Banking is heading.

“The country we look at very closely is China,” he says. “There is a different mindset to financial services and how it is instinctively embedded into people’s lives there. For example, consumers naturally use platforms like WeChat to run so much of their daily lives, as it is offers huge choice, and is convenient and intuitive. It will be interesting to see whether an ecosystem like that could develop elsewhere in the world.”

In terms of driving innovation, Bottomley believes it is crucial for the industry and regulators to create ‘safe spaces’ to test out new ideas with customers, pointing to the Financial Conduct Authority’s regulatory sandbox as an ideal example.

The sandbox allows businesses to test innovative products and services in a controlled environment, with real consumers.

It was in this sandbox that First Direct, in collaboration with fintech start-up Bud, tested its money management app Artha (see OBE Magazine, issue 1), which helps customers understand their spending from different providers through a single login.

“We’re now working to integrate the features from that trial into our own app, which among other things will allow customers to shop around for non-financial services products – like energy providers to help them cut their monthly bills – a first for a UK bank,” Bottomley explains.

Innovation also means not being afraid to admit when things are not working. For HSBC, the decision to pull the plug on an idea before it’s too late is made easier by its tollgate approach to projects. The approach means teams aren’t permitted to advance to the next phase of a project before they meet a set of pre-determined criteria.

“[This approach] makes it easier to assess whether we are on track and to course-correct when needed. Increasingly our projects make it through those gates with flying colours. When they don’t, we have a discussion as to the reason and we will act to get them back on track,” Bottomley says.

“Occasionally we decide that inaccurate original assumptions, or changed conditions mean that we need to stop the project and, in those situations, we will run a review to make sure that lessons are learnt for the future.”