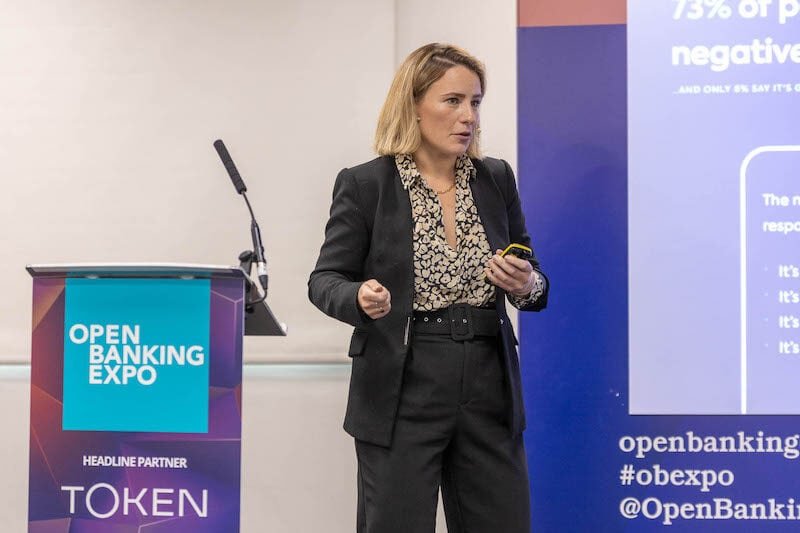 Enabling secure sharing of small and medium-sized enterprise (SME) data could half the sector’s £22 billion funding gap and boost the UK’s gross domestic product, but it relies on government and regulatory intervention, according to a specialist.

In a keynote presentation at Open Banking Expo in London on 2o October, Gabby Macsweeney, head of research at Codat, outlined the survey findings that indicated the size of the financing problem – and its solution.

Some 57% of 869 SMEs surveyed by Codat said they would or already had borrowed to fund a range of upgrades that would boost their business. Yet, a significant number of them had failed to secure financing.

One-quarter of all SMEs are rejected by lenders, Codat found; 11% of SME applications are turned down due to their track record.

Macsweeney said this disappointing number resulted in a vicious circle, that did not benefit either SMEs or lenders, with 55% of SMEs even resorting to personal credit.

“Some 26% would consider applying if it was easier to do so, or there was a higher likelihood of approval,” she said. “A poor flow of data leads to poor customer experience. If we can improve the transparency and speed of application, evidence suggests SMEs would respond positively.”

Secure sharing of data is a key step in this process. It would allow multiple lenders to access and assess the viability of an SME much more quickly than the current timeline. It would also, Macsweeney added, open up the market to alternative lenders and reduce reliance on tier 1 banks, which often have the highest hurdle rate for borrowers.

Some 29% of SMEs said they would share more data for better rates from lenders, with 70% saying they would do the same for a smoother process, confidence in a lender’s decision and better products.

“We need legislation to facilitate a digital funding passport,” said Macsweeney, adding that an industry group had been lobbying Parliament on the issue.

“Some 51% of SMEs would change their approach to applying for funding, which would result in cutting the £22 billion funding gap in half,” she concluded.