The future of buy now, pay later (BNPL) is being settled today.

The sector is booming: around a third of UK adults are estimated to have used BNPL schemes, according to UK consumer group Which? and, recently, NatWest became the first UK high street bank to announce its move into the market.

But the industry isn’t without its challenges. As it grows, so have concerns around customer protection and the ability of BNPL schemes to push consumers into debt.

Last Autumn, it was estimated by Credit Karma that 7.7 million people in the UK had accrued “significant” outstanding balances with BNPL firms.

If the sector is to have a future, it’s clear that changes must be made. But what changes should we expect and what will they mean for BNPL companies and consumers?

Although the market is currently unregulated, the UK Government has announced that the Financial Conduct Authority (FCA) will impose regulation, and launched a consultation to this end last October.

This move is something the market should welcome: regulation is often seen as the restriction of freedom when, in reality, it provides the foundation for growth. In fact, it’s the current lack of regulation that has resulted in the blurred lines and consumer confusion that we see hurting the sector. 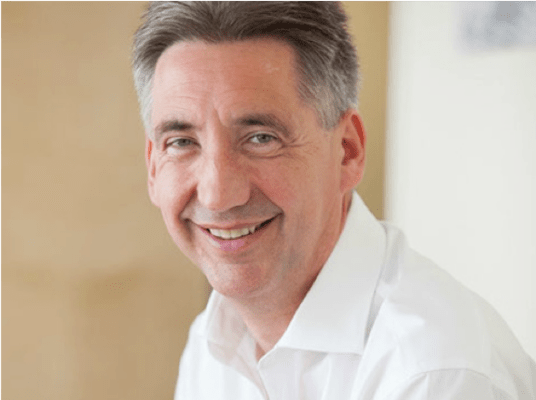 Mike Peplow is CEO of Paynetics

When it comes to the nature of these measures, the BNPL market should expect regulation to focus on two key areas. The first is around visibility of terms and conditions: although BNPL firms often do not charge consumers interest rates, BNPL is a credit agreement and there are penalties and consequences for late or non-payment that it’s crucial consumers understand.

Regulators like the FCA are likely to require more than a ‘terms and conditions’ link, or a few lines of small print in order to properly communicate these terms and their consequences.

The second area of regulation the sector should expect is around consumer credit checks. One way to stop consumers from falling into debt is for firms to check they can afford repayments before they’re offered BNPL loans. As consumers will be able to take out multiple BNPL agreements, there will need to be an industry-wide checking system input in place – either offered by existing credit check providers extending their offering, or new players creating dedicated BNPL services.

Beyond FCA-mandated change, BNPL needs to think carefully about the way it is publicly positioned.

The fact that one in five UK consumers are estimated by Which? to have missed repayment is a future-proofing problem, as well as a consumer safety issue. The longevity of the sector relies on consumers understanding that BNPL is a credit agreement and, as such, could have implications for future financial agreements such as mortgages.

The BNPL sector needs to safeguard its reputation and develop messaging that communicates the benefits of its service without minimising the seriousness of its terms. And there’s an ethical and economic imperative for firms to invest in the financial education of consumers so that lack of knowledge doesn’t lead to debt.

With regulation on the horizon and more players entering the field, now is the perfect time for BNPL providers to do both.

The future of financial inclusion

If BNPL can work out how to properly protect consumers, it has the ability to promote financial inclusion.

BNPL isn’t a modern invention but a new iteration of instalment plans that originated in the mid-1800s, as Bloomberg has reported. Paying in full has always favoured those with bigger bank accounts and splitting up payments has a long history of helping those with smaller financial reserves get access to products and services.

And BNPL is inclusive in another way too. As a form of credit with fewer barriers for consumers, it allows consumers to build a healthy credit score even when they aren’t currently eligible for other forms of credit.

So, although missed payments could have implications for mortgage applications, a history of properly paid BNPL transactions could conversely support them, in the same way regularly paying off a credit card does.

Without regulation, BNPL will gain a rocky reputation, but now is the time to change all that. With the right regulation, messaging and consumer education, the sector has the ability to overcome its challenges and expand in size, while expanding financial inclusion too. The action that’s taken now, will decide what happens later.