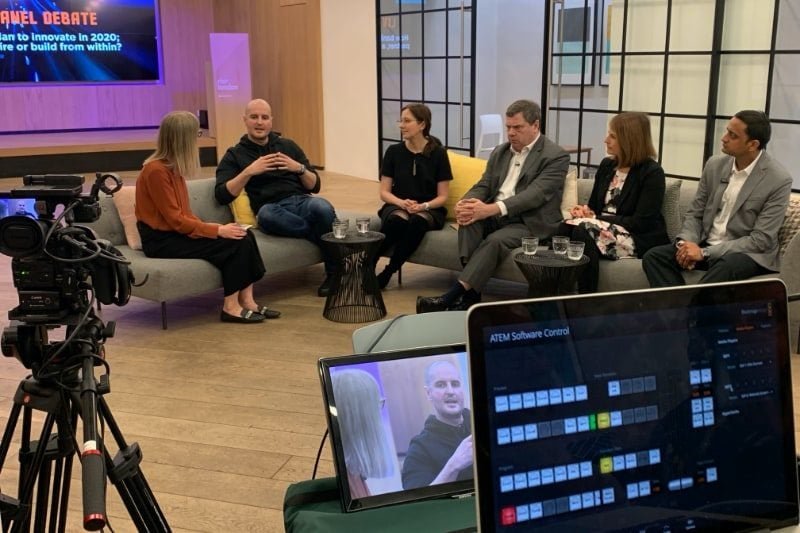 Banks will use a combination of acquisitions, partnerships and innovating within their organisations in 2020 to offer services from which their customers can pick and choose, according to a panel of industry experts.

All five of the panel, comprising Andrew Smith, head of CBX at Clearbank, Lana Abdullayeva, non-executive advisor to PAY.UK, independent speaker and director at Lloyds Banking Group, James Maudslay, senior manager, financial services at Equinix, Janine Hirt, chief operating officer at Innovate Finance and HSBC’s Popat, agreed it was not an issue of which approach the banks would choose when it comes to working with challenger banks and fintechs.

“It is very much how can we combine all of these different strategies as we’re looking to transform digitally internally, and also trying to create the best proposition for the end client and consumer, while reducing costs and increasing efficiency as well,” Hirt said.

Abdullayeva suggested banking would become a “Chinese menu” from which customers “pick and choose” what they would like.

Maudslay acknowledged the cultural issues that can arise when an incumbent and a fintech partner, saying it can “get into a supplier/customer-type relationship which maybe doesn’t fulfil the promise of partnership”.

Nevertheless, many on the panel predicted they would see a number of partnerships established in 2020, including Hirt, who added these would “focus on really engaging the end consumer”.

Another issue that the panel discussed during the live stream was consumer trust and how the regulator might play a role in that.

Popat said the regulator is “looking for the industry to innovate, create new opportunities for customers and they’re going to see how that plays out” and that if there were “areas where potential consumer harm may arise, we may need regulation to fix that”.

When asked to predict what the bank of the future might look like, Smith said he sees banks being a lot more like utilities, with “banking as a feature, not a service”, while Maudslay forecast they are “going to be an extremely flexible organisation”.

You can watch the full panel debate by clicking here.