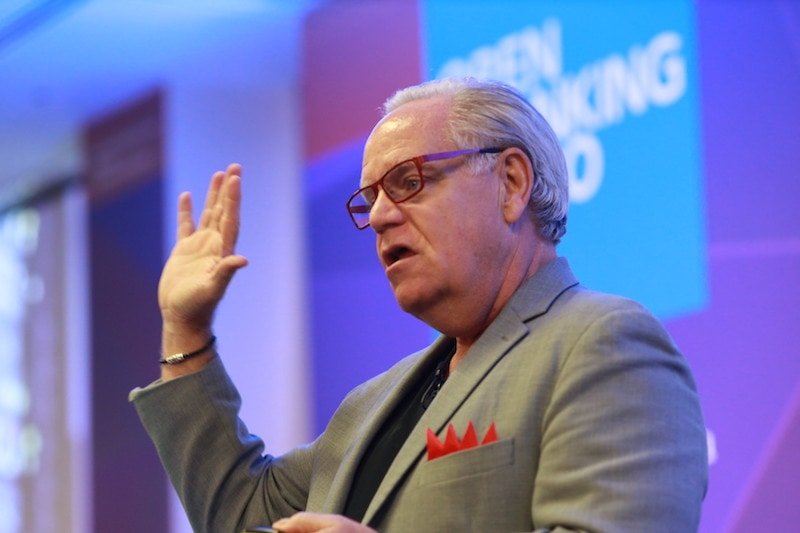 Open Banking providers will have to extend their offerings beyond traditional banking services and focus on making the consumer’s life easier, according to keynote speaker Jim Marous.

In his opening address to the Open Banking Expo 2019 in London, Marous drew parallels with the use of data by companies such as Uber and Amazon that combine user data to offer services beyond their central offerings.

Citing voice technology such as Amazon’s Alexa device, he said: “All the data to do this is available today. That’s the future of voice technology: using artificial intelligence [AI] and data to surround the user with information that is useful to them. How can you make their days easier?”

Marous – co-publisher of The Financial Brand and owner/publisher of Digital Banking Report – said the way consumers were engaging with banks and financial transactions was changing faster than ever.

Smartphone and similar technologies were changing all industries, Marous said. Generations of children were growing up engaging with touchscreen devices from a young age, and Open Banking institutions needed to engage on a level with those generations.

He added: “The consumer is expecting us to evolve. How are we going to engage with the consumer differently during the fourth industrial evolution?”

Banks and financial institutions needed to disrupt themselves, Marous argued, and take advantage of the huge amount of customer data that was already available to them to tailor their offerings to the individual.

“My relationship with my bank goes back 15 years – they have 15 one-year relationships with me because they have not moved forward,” Marous said.

“On the commercial side, banks think it’s perfect. But if they looked at transactions, they would see that all my transactions are through PayPal.

“PayPal is now offering small business loans, and all I need to do is click a button. Through my bank, I would have to go into the branch, sit down, fill out a form and wait probably two or three days. Speed matters.”

While data laws such as GDPR were controlling how companies could use consumers’ data, Marous argued that people would be happy for banks to use that information to improve their experience if they saw the value.

“You have to have the value proposition so that the consumer doesn’t mind that you know that much about them,” he said. “It doesn’t mean you can’t use that data; you just need to use it efficiently and connect it to the right resources to benefit the consumer.”