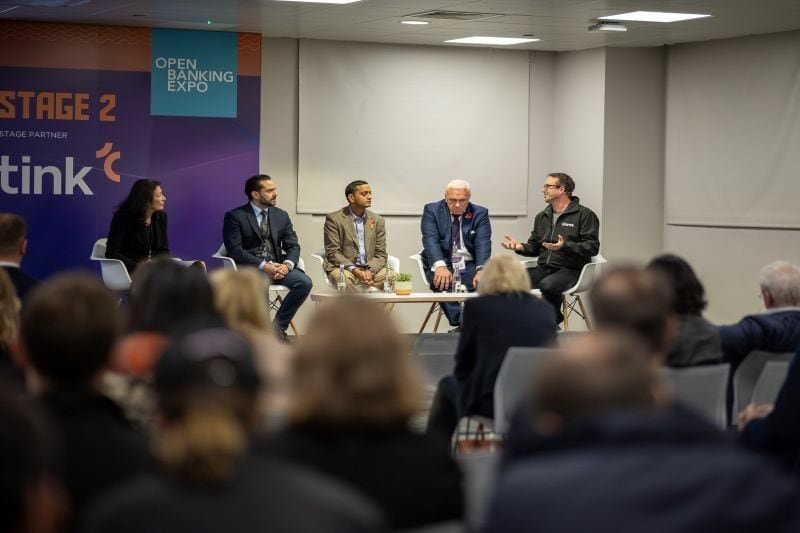 Open Banking is already challenging the dominance of cards in payments, according to Klarna’s Wilko Klaassen, speaking on a panel at Open Banking Expo UK last week (4 November).

In the final panel debate of the day on stage two at the Confex, Klaassen was speaking alongside Hetal Popat, global open banking director at HSBC, Gavin Littlejohn, chairman of the Financial Data and Technology Association, and Open Vector CEO Carlos Figueredo.

Asked by moderator Melisande Mual, managing director of The Paypers, “do you think Open Banking could challenge the dominance of cards in payments?”, Klaassen replied that “it’s already happening”.

He added that while Open Banking will bring a “layer of trust, transparency and connectivity” to merchant payments, it is a platform that “hasn’t reached the masses yet”.

“We need to let open banking have a chance to prove itself,” said Figueredo, who believes that credit cards “do risk disappearing”.

HSBC’s Popat pointed out it took seven years for Chip and Pin to “move to any real scale” in the UK and that “in certain markets, the UK is one, consumers change their financial behaviour relatively slowly”.

“The mass market moves at a relatively measured pace. For us to expect Open Banking to be transformational in three years is unreasonable,” Popat added.

The panel started by discussing the different approaches around the world in implementing Open Banking, with Mual asking them to identify the pros and cons of “regulatory versus market-led or hybrid initiatives”.

Littlejohn said: “If the regulation is delivered through rigid legislation it becomes inflexible and doesn’t move as fast as technology and quite often gets left behind. In the market-led approaches… this is about innovation and competition to drive better customer outcomes and that can only happen if you have a right as a market participant to be in the market.”

He added: “But it must have some form of regulation, otherwise companies can choose not to participate.”

Klaassen also agreed that there needs to be a “standard” for Open Banking to work.

Open Vector’s Figueredo said that in Latin America, the approach has been very different. In Mexico, for example, where he has consulted, they looked to the UK.

“What LatAm is doing really well is that they’re understanding and weighing the possibilities. There’s a huge amount of interaction between the banks and fintechs. They really understand the benefit of Open Banking and moving quickly into open finance,” he added.