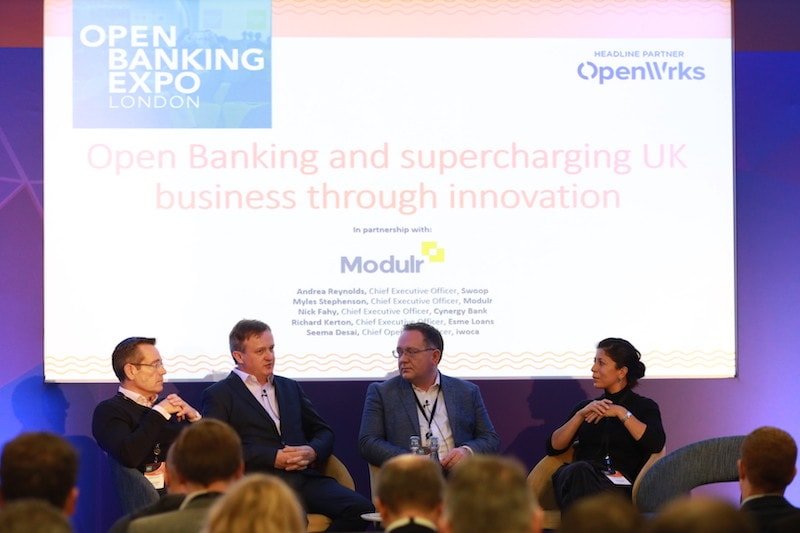 Improvements to payment technology through Open Banking will improve competition and survivorship among small and medium-sized businesses in the UK, according to panellists at the Open Banking Expo 2019.

Representatives of banks and digital service providers told delegates that the implementation of Open Banking principles had already improved the speed and quality of their processes – but there was much more to come.

“It saves people having to manually look through accounts and gives us the latest snapshot of a business and the most complete picture,” he said.

Andrea Reynolds, founder and CEO of fintech firm Swoop, argued that Open Banking had the potential to cut costs for small businesses and improve their survival in the early stages of development and growth.

She cited the example of saving a small business client several thousand pounds by identifying that it was overpaying for foreign exchange services.

“Saving money there makes loans more affordable,” Reynolds explained. “With Open Banking and cloud accounting software, we can provide a virtual CFO for companies that might not be able to afford a finance director.

“We decided not to just look at lending, but how we can improve the financial health of businesses. We want to help more businesses to survive and understand what they’re eligible for… We should see fewer businesses going under when they don’t need to.”

Nick Fahy, CEO at Cynergy Bank, agreed that Open Banking should also be able to improve the competitiveness of small businesses by making payments more efficient, but warned that it was vital to maintain customer trust through the development and implementation stages of new technologies.

“We’re only just getting started,” Desai added. Currently, roughly half of iwoca’s customers were using Open Banking technology, she added, and while the numbers were improving there was much more to be done.

“We’re working with banks to make that process better,” she said. “Understanding where customers are using funds means we are better able to match customers to the right products.”

Looking to the future, Desai said she believed that Open Banking would give faster access to “more and better data” to allow lenders such as iwoca to address underserved areas of the market.