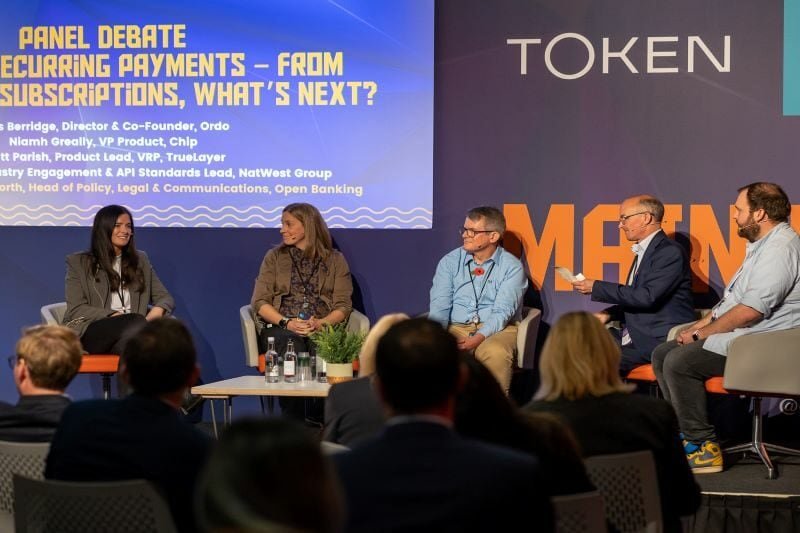 The “timing is right” for the Competition and Markets Authority (CMA) to mandate variable recurring payments (VRPs) through sweeping, according to NatWest’s Stephen Wright, who said that the ecosystem is now “mature enough”.

Wright, who is regulation and standards lead, bank of APIs at NatWest Group, was speaking at Open Banking Expo UK in London, on a panel moderated by Alan Ainsworth, head of policy, legal and communications, at the Open Banking Implementation Entity (OBIE).

Wright said of the mandate that “it’s something we’ve known has been coming for a while”.

“I feel that the industry and the ecosystem is mature enough to do it now. I think if you tried to put this in back in 2017/2018 as part of the Order it wouldn’t be as successful,” he said.

“So I think the timing is right. We do see this as both a mandatory obligation but also as a commercial opportunity.”

Ainsworth opened the panel debate on the main stage with a brief explanation of VRPs, calling it “a smart direct debit controlled by the customer”.

“Sweeping is the automated movement of funds between two accounts that you own,” Ainsworth added.

Back in July this year, the CMA wrote to the OBIE to say it had decided that implementing ‘sweeping’ through VRPs is “appropriate and proportionate”.

At the Confex on 4 November, Ainsworth said: “There is a mandate for CMA9 banks to implement VRPs and allow access for sweeping purposes.”

Greally told the audience that VRPs “can be more secure for the users”, and can also result in a reduction in cost and a better user experience.

“Sweeping is automatically moving your money… me-to-me payments,” she said, adding that Chip has been working with Truelayer to offer users instant payments, instead of having to wait three to five days.

“Open Banking’s biggest consumer applications are already sweeping. Sweeping access is going to supercharge all of the businesses out there,” TrueLayer’s Parish said.

Berridge set out some of the use cases for sweeping, including repeated payments, such as annual car insurance and monthly subscriptions, and irregular repeated payments. She added that consumers also have the ability, with these payments, to set “parameters”.

Parish explained: “VRP brings in this concept of parameters, but broadly it’s about control. You’re allowed to make a payment of up to x amount that adds up to x amount in a time period. You have a very clear list of exactly what you’ve signed up for.”

Berridge said that whereas direct debits are “a blunt, bilateral choice, VRPs are “dynamically changeable right up until the payment is made, which is good for consumers and businesses”.