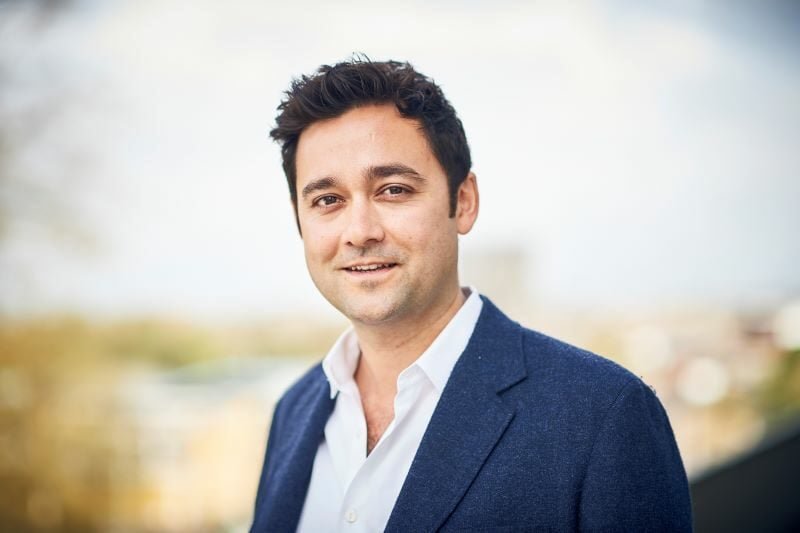 Open Banking Expo’s Ellie Duncan caught up with Neil Kadagathur, co-founder and CEO of Creditspring, to find out how the firm is meeting the needs of historically underserved near-prime borrowers and why credit scores are his ‘bugbear’.

1. You are one of the co-founders of Creditspring, so where did the idea for the affordable credit subscription service come from?

So this, we thought, was an opportunity. Then the idea of a subscription-based credit product came from insurance, in the sense that people need to be able to insure themselves against ever needing these types of lending products, and that was the genesis of a subscription-based lending product. You pay a monthly fee and when something happens you get to borrow without interest. The key is, there are no debt spirals so you understand exactly how much you owe. We really focused on transparency and fixed costs. We’ve done a recent survey and 28% of our members believe lenders aren’t transparent with them.

2. Creditspring’s customers are typically ‘near-prime’. What do you mean by that and why have they, historically, been underserved by financial services?

We define it as, colloquially, it’s people who have access to credit, just not necessarily mainstream credit or not as-cheap-as-possible credit. These are people who have credit cards, they have an overdraft but they’re constantly feeling like they’re getting trapped. What I mean is, I think a lot of this industry has focused on extracting value instead of providing value. You can see that with confusing overdraft charges.

What we mean by underserved is that, at Creditspring, we want to provide simpler, more appropriate, more affordable credit products for this part of the population. [Accountancy firm] PwC conducted a survey and they sized the near-prime market at between 10 million to 14 million people in the UK in 2015. It’s probably, unfortunately, a little bit more post-Covid.

3. What do you think is one of the biggest misconceptions about credit scores?

This is one of my biggest bugbears right now, there’s so much misinformation about credit scores. When a consumer thinks of a credit score they think the credit score determines their access to credit and the price of credit. Our survey found 74% of people think lenders make decisions based on a credit score. In fact, it’s way more complex than that and confusing. As a lender we look at a number of different variables: What’s your credit limit? Have you paid on time? And we’ll look at some credit scores that the agencies give us.

There’s a whole bunch of confusion in the space and this is something we’re trying to address. We recently launched a new product called Step. We asked our members, what’s the number one problem we could help you with? They want to improve their access to more appropriate and affordable credit. So our Step product was designed with that response in mind. Members pay £5 a month, and receive a first loan of £100 and that’s repayable over six months, followed by a second advance of £200 over a 12-month period, with repayments reported to credit rating agencies. We’re giving credit, but we’re not giving too much that you can get into trouble. It’s about improving people’s financial stability and financial situation.

4. What type of education resources and support does Creditspring provide to members?

I think that the financial literacy age is 11 in this country, which is not much lower or higher than anywhere else. What people have historically done is learn by doing and since this is credit we’re talking about, every mistake you make, you learn by paying. It’s a really costly way to learn.

We focus on providing financial education. When Covid hit last year we launched our Stability Hub, which gives free financial education and personalised help, with the overall idea being that people want to be able to get better credit and pull themselves up. We offer content designed around demystifying credit scores, but also the importance of signing up to the electoral register. Also, being aware of your current situation and not sticking your head in the ground.

Our Stability Hub, we launched it over a year ago and we’re growing 2,000-3,000 members a month. It shows you there’s a big demand for it. The backstory is we launched it just for our members when Covid hit. They found it so useful that we opened it up to the public.

5. The UK has been leading the way in Europe when it comes to Open Banking. What needs to happen for it to make the leap to Open Finance?

We’re big fans of Open Banking but the biggest problem is trust, so there’s friction there. In a survey we recently conducted, 52% of people still didn’t want to share their data.

What’s interesting is that I always think people in the UK are probably more, let’s say, private about their finances than most countries, so it’s interesting that Open Banking is leading the way here because that’s contradictory. We’re seeing that people are getting more used to it. We see different take-up rates depending on the type of person. So thin file customers, which we think is 10% of the population, they are much more willing to do Open Banking and that’s because they have fewer options. The people who have plenty of options, they don’t want to do it.

6. Creditspring was launched nearly five years ago, in December 2016. So what’s your vision for the company over the next five years?

We want to be the near-prime financial services hub and we want to do that the same way we’ve been doing it, asking people how we can help and providing a simple and transparent solution. We have a goal to get to close to 2 million members in the next five years, by continuing to offer products that make sense for people.

We say, our ultimate goal is to not have anymore customers, because they don’t need us anymore.

We have 36 employees right now and we have about 85,000 members. We see that growing to over 200 employees.