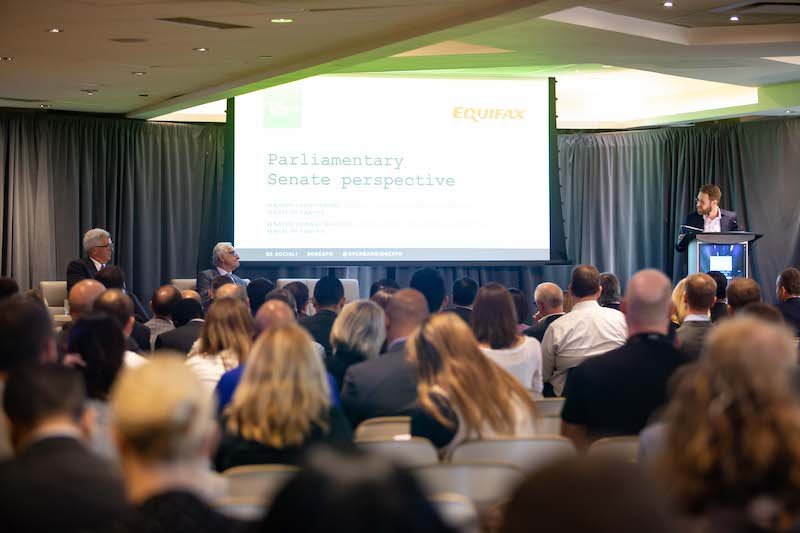 Speaking at the Open Banking Expo held in Toronto on 18 September, independent Senator Colin Deacon, who represents the province of Nova Scotia, said Canada needed to move away from a place where large banks control data, warning this prevents financial competition and innovation.

“I’m an advocate of moving towards Open Banking,” Senator Deacon said. “I’m a believer that it’s got within it the changes to the regulatory framework that are needed. I think that will unlock tremendous opportunity and productivity in our economy”.

He added: “We can’t be complacent; we have to take this very seriously. It’s not necessarily a Netflix moment, but it’s a very important moment. And so we’ve got to move swiftly and with urgency.”

Meanwhile, independent Senator Howard Wetston of Ontario, who was also speaking at the event, warned that introducing open banking in Canada will be a complex process and will require ‘regulation by design’.

“It’s highly fragmented, it’s challenging, and there can be considerable delays in implementing policies. What we need in Canada is regulation by design. This is going to be complicated once you move beyond traditional banking services [for Open Banking],” Senator Wetston said.

Senator Wetston said the regulatory framework would need to be broken down into distinct categories in order to consider economic, financial and legal issues, as well as government administration and government governance.

“I want you to think a little bit about what the governance framework would look like for Open Banking,” Senator Wetston added. “I’m not talking about board governance here. I’m talking about governance in a public sector context, and what you need to consider to ensure the inputs achieve the outcomes that we all desire. Is it about privacy, security, consumer protection – those are all very important matters.”

He added: “The governance model, which will be the regulatory model chosen, will be very, very important to achieving the kinds of goals and objectives of legislation; and there will be legislation.”

Canada’s Senate Committee on Banking, Trade and Commerce published its own Open Banking report in June.

While Senator Wetston said he was unsure whether the next Canadian government would adopt the recommendations outlined in its report, he made it clear that any legislation introduced must deal with privacy, the sharing of information, and consumer protection.

“It’s got to have the important consumer protection issues, which don’t always flow just from consent and informed consent, and the right to be forgotten, like in the GDPR,” senator Wetston said.

“I’m not a technical person, I’m not getting the granular detail of how that would be done. But I can tell you, I will know it when I see it as to whether or not it allows for a reasonably pragmatic approach to addressing privacy, security and consumer protection.”

Senator Deacon added that Open Banking regulation must not prevent new entrants coming into the market.

“I’m very concerned, I don’t like regulation that keeps competitors out. This is an area where there’s so much innovation potential, so much growth potential for our economy, but the cultural shift is going to be a big one for our banks,” he said.

“There’s no question for them to totally take advantage of the global opportunity if consumer directed banking is implemented in the ways we have been discussing. Yes, you’ve got to have a common set of voluntary code of action.

Senator Deacon added: “But it’s about allowing the market to open up and the crowd to start to pull opportunity out into the marketplace. And I think that’s going to be very, very good for Canada and for Canadians.”