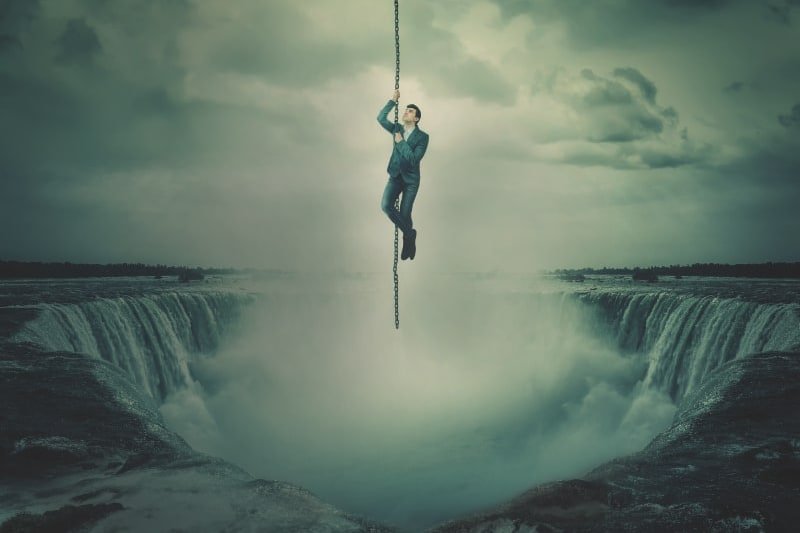 Survival of the fittest

Many predict that Open Banking will eventually lead to the end of the retail banks as we know them today, but how are the legacy players protecting their businesses? Joe McGrath investigates…

It has been a transformational decade for Europe’s retail banking sector. Vast regulatory changes introduced in the wake of the global financial crisis and swift advances in technology laid the foundations for a seismic shift in the retail banking landscape.

The scale of change was highlighted in Accenture’s 2019 Future of Banking report, which found that 17 per cent of challengers entering the market in the past 13 years were responsible for one third of the total revenue growth during that time. If nothing else, it shows that challengers offering something new or exciting have the potential to do very nicely in a sector that is notoriously competitive.

The introduction of UK regulations under Open Banking, and the second Payment Services Directive (PSD2), were supposed to be further springboards for fintechs and challenger banks. After all, government officials were keen to stimulate competition in the world of retail banking. However, a Bloomberg report published in January found only four new UK banking licences were issued in 2018, compared to 12 in 2017.

For the incumbents, these statistics make for encouraging reading. Most UK retail banks, including the CMA9 – the banks charged with opening up their APIs by the Competition and Markets Authority – continue to play their cards close to their chest, but market analysts believe that 2019 will be the year when they begin to take more noticeable steps to protect their revenue streams.

Rather than purely protecting their existing market share, Caley explains that some retail banks are exploring new revenue streams by working with digital giants such as Google, harnessing consumer trust in their brands and their own datasets.

“For banks, a major opportunity lies in the delivery of additional services to other companies,” Caley explains. “As the holders of a huge amount of data, banks can position themselves as trusted service providers, helping organisations to understand and anticipate consumers’ needs and preferences.

“Online platforms such as Facebook or Google are currently dominating this market, but banks have a major advantage in that the data they hold concerns real-world purchasing behaviours. By delivering more actionable insights, and less of the ‘noise’ of likes and clicks, banks can open up significant new revenue streams,” he says.

In January, digital bank Pepper released its Change in Banking report, which surveyed the opinions of 50 ‘C-Suite’ decision-makers at UK retail banks.

More than half of the decision-makers surveyed (56 per cent) said that Open Banking presents an opportunity, but they also recognised the threat that is lurking from well-known global digital players.

“The concern of the upper hand the regulation has given the GAFAs (Google, Amazon, Facebook, Apple) of this world exceeds the concern they have for the advantage it has given fintech companies,” the report stated.

“There’s no doubt that Open Banking poses a threat to banks as they share their once sought after prized possession – customer data. But, there’s an even bigger opportunity for those banks willing to adapt in this new digital era and build a new business model based on collaboration.”

One area where the legacy players could potentially pick up market share is in the area of banking for small and micro businesses, according to KPMG. Research conducted by the consulting firm among 1,000 small and medium sized enterprises (SMEs) in August 2018, found that nearly a third (30 per cent) of this group would be willing to adopt or pay for Open Banking services.

“RBS’s decision to buy FreeAgent is deliberately in this space. The bank could see that there was an opportunity to broaden its services to businesses.”

While the RBS deal was acquisitive, other banks have been partnering to offer their SME customers access to third-party accounting apps as part of current account packages.

Efforts in the business banking market, however, are perhaps more conspicuous that in the consumer retail market, and fewer commentators are willing to place their bets on legacy players holding on to their personal banking customers.

Marc Bertola, a serial entrepreneur in the European loan broking market and founder of national brokerage Loan.co.uk, says the traditional high street banks have been so poor at upgrading their systems that they are now too far behind to win out.

“Most of the lenders in the UK don’t have APIs that are fit for purpose,” he said in an interview. “On a daily basis, we are dealing with the tech teams at the major lenders and we are teaching them how to do it.”

Bertola says that his company has invested in a team of 30 developers and technicians to build its platform, in anticipation of rising consumer demand for loans in the coming two to three years. He questions whether banks are doing the same.

“Some lenders are concentrating on other areas, but they are not concentrating on enhancing their consumer finance offering because they are assuming that they will get all of the business anyway,” he says. “Given this is their thinking, where is the incentive to spend two years on systems?”

Bertola says that the age of the IT systems at some retail banks is so old that he likens new innovations to “putting a Tesla dashboard on a 40 year old Capri.”

Despite the criticism, some established banking names have been bolder. First Direct, a wholly-owned subsidiary of HSBC UK, has conducted extensive groundwork to anticipate what consumers will look for, as levels of understanding of the Open Banking concept become more widespread.

Nick Harrison, commercial director at First Direct, says it was important for the brand to invest considerably in research because it has spent the past three decades building its brand reputation around customer service.

Harrison says that simpler credit decisioning and more seamless account opening will be two early consequences of Open Banking for retail banks in the coming months and years. For First Direct, though, he sees an opportunity to expand the brand’s appeal by offering a digital marketplace.

“What we are doing is offering non-First Direct customers the ability to use a marketplace app to help them to save money. This is where we think we are unique,” he says.

“We won’t just offer our own products so, if you are looking to purchase a car, for example, the app will flag the best product, which may not be a First Direct product. It is about demonstrating a service offering.”

Harrison says that the app is designed to build brand reputation and doesn’t have customer acquisition as its primary objective. The idea that traditional retail banks will become service providers, rather than product pushers, is one that industry experts believe will become common.

“Banks in the UK are starting to experiment with new services and partners to deliver a truly open banking experience for customers,” says Alex Bray assistant vice president of Genpact’s consumer banking division.

“To realise the potential, financial institutions need to improve their analytics so they and their customers can understand and use the huge amounts of new data available.”

Bray warns outside observers not to write off the legacy players in the future tussle for retail customers, noting that many analysts forget the power that their vast datasets afford them.

“While the assumption is that disruption will come from a start-up, banks are in a strong position to innovate as they hold all the cards in terms of data and customers,” he says.

Despite starting from a position of strength, some feel that the UK banks need to accelerate their efforts when it comes to investing in new technology, if they are to protect their retail revenues in the coming months.

The first 12 months since the UK’s Open Banking regulations were introduced have not seen the flurry of activity from the legacy players that some had hoped. HSBC launched its Connected Money app, which allows customers to see accounts from multiple providers in one place, while rival Barclays launched its version through its main mobile banking app.

However, while account aggregation may be useful to some clients, observers say that the legacy banks will have to go considerably further if they are to retain their retail customer base.

“The challenger banks see themselves much more as technology companies in that they are a lot more open and transparent than the bigger banks, and that speaks volumes about the culture,” says Dave Tonge, chief technology officer at financial management technology provider Moneyhub.

“The rise of challenger banks and Open Banking at similar times means that traditional retail banks are being attacked from different directions. A lot of people will be vying to own the consumer experience.”

The challenge for retail customers isn’t purely from fintechs or digital brands such as Google, however. Asset managers and investment banks, such as Goldman Sachs, are also making a play.

“If there is a good product, with a good interest rate, people will always go for it,” says Tonge.

Predicting the ultimate victor in the retail sector, it seems, is far more difficult than it first appears. But given their size and available resources, it is perhaps a little too soon to write off the high street banks just yet.