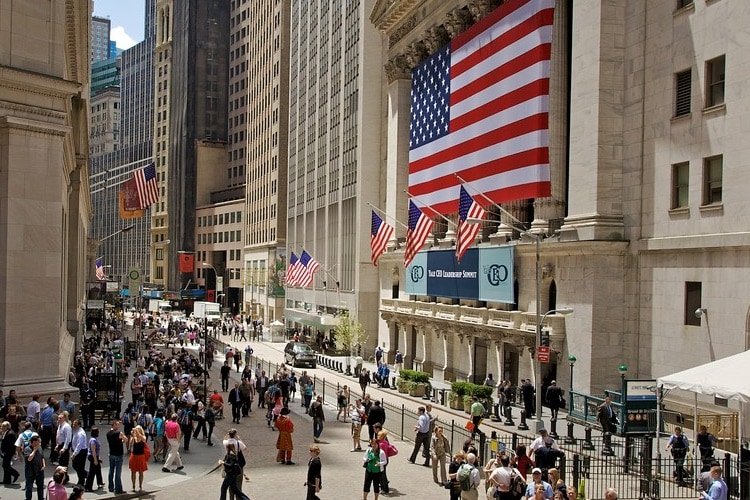 Global spotlight: a view from the U.S

Open Banking may be all the rage in the UK, but in the U.S. it’s not quite ready for prime time.

“It’s a hot topic for all banks right now,” affirmed Richard Muskus Jr., president of Stamford’s Patriot Bank. “It’s all about how we can better compete with larger, more sophisticated tech platforms, the fintechs, that are constantly evolving what they can do.”

The Australian government has established a number of recommendations on the implementation of Open Banking, including a regulatory framework, the type of banking data affected and sufficient protection and security for customers. The government plans to phase in open banking, with all major banks making data available on credit and debit card, deposit and transaction accounts by July 1, and mortgages by Feb. 1, 2020.

On July 31, 2018, the U.S. Treasury Department published “A Financial System That Creates Economic Opportunities: Nonbank Financials, Fintech and Innovation,” which outlined much of what is happening around the world, though it noted: “There are significant differences between the United States and the United Kingdom with respect to the size, nature and diversity of the financial services sector and regulatory mandates. Given those differences, an equivalent Open Banking regime for the U.S. market is not readily applicable.

Although U.S. financial institutions are not required to share their customer and transaction data with third-party providers, some banks are moving forward with open banking-style initiatives. In 2017, Wells Fargo and JPMorgan Chase each announced a partnership with Intuit, allowing the latter’s applications like QuickBooks and TurboTax to share financial data with the banks upon receipt of customer consent. Wells Fargo has also made API-based data exchange agreements with Finicity and Xero.

As for when the nation at large might clamber aboard the open banking train, Nitin Mhatre, executive vice president, head of community banking at Webster Bank, said, “There isn’t a clear line of sight for how this will translate into the U.S. regulatory landscape yet.

“There is a sense of excitement for me and my counterparts at the other institutions,” Mhatre said. “What happened in the U.K. and the EU was a little different — they did what they did in part so that smaller banks could compete better in terms of market share and customer acquisition. In the U.S. the focus is more on fostering innovation and developing common standards.”

When Ernst & Young produced its first global EY FinTech Adoption Index in 2015, one in seven “digitally active” consumers were fintech users. By 2017 that margin had risen to one in three. And a 2017 survey by the American Bankers Association found that 40 percent of Americans manage their bank accounts online more frequently than any other method, with 26 percent using their mobile devices most frequently to conduct their banking business, versus 18 percent who preferred to do so at their bank’s branch.

“Younger customers especially, as they start to make money, start a family, buy a home, are starting to understand the importance of their banking relationship,” Muskus said. “And they want it to go well beyond reading a bank statement.”

Muskus said while banks were doing nothing with customer data when he entered the industry 25 years ago, data mining “is an extremely useful and needed tool in competing today.” Patriot regularly works with third-party vendors in that and other areas, he said.

Mhatre said Webster Bank is building modules with a host of APIs. He said that where a Webster loan application in the past could take more than 60 days to be approved, today it can be done within 24 hours.

Westchester Bank President and CEO John Tolomer said it “remains to be seen” how Open Banking will evolve here.

“Technology is moving very swiftly now and that includes with alternative delivery methods,” he said. “The larger companies are able to invest in those processes, which I think will then ultimately spread to the rest of the industry.”

M&T Bank is also focusing on technology while keeping an eye out for open banking developments. “Digital services are changing the way many consumers conduct all of their business, including banking,” remarked Metro Region Retail Banking Manager Rick Reustle. “We have a large customer base and each customer has a different comfort level with digital banking services, so we have trained digital ambassadors working in our branches with the specific role of helping customers learn how to use these new technologies.”

Last year M&T partnered with Zelle, a digital payments network that allows customers to electronically transfer money from their bank account to another registered user’s account using a mobile device or participating bank. At the beginning of this year M&T launched “MyWay Banking,” a checkless checking account that can’t be overdrawn.

Gordon Baird, the founder of private investment, consulting and technology company G.A. Baird & Co. in Stamford, is moving ahead with his plans to create a digitally focused bank, Nexos National, sometime this year.

As he told the Business Journal last year, Baird is drawing on several open banking principles to establish a technologically nimble institution. The advantages of a bank whose technological prowess will outstrip its older brethren’s, he said, “are obvious — it increases efficiency and convenience, lowers costs and will include all the modern safety and security that people expect.”

Frank Sorrentino III, chairman and CEO of ConnectOne Bank — the New Jersey bank whose $76.3 million acquisition of Greater Hudson Bank last year led to its opening branches in Tarrytown and White Plains — said that, while customers are definitely looking for a more streamlined experience, that may not always be in their best interests.

“When you think of a bank, going back to the founding of the country, you think of a place of strength, the strongbox, the vault, which is even true today,” he said. “A number of these non-bank financial companies probably don’t have some of the security safeguards that most banks have.”

Sorrentino said he was “fascinated” by how easily some consumers will give up their banking information online in their quest for convenience and speed. “Fraud is very rampant,” he said, adding that where once robbers would usually storm a bank in person, “now they do it from their living rooms.”

Nevertheless, he continued, the trend toward choosing technology — whether with the bank itself or through a third party in an Open Banking scenario — will only continue to pick up momentum.

“We have to deliver services at the lowest cost possible,” Sorrentino said, “and people today want 24/7 access.” While ConnectOne is in discussions with various third-party vendors, he added, “It comes down to how much security we’re willing to give up, and how much risk the client is willing to take.”

Sorrentino also wondered what will happen in terms of taking responsibility should open banking become the norm. “Everyone assumes that when pretty much anything goes wrong, the bank is somehow liable for it,” he said. But if information is being shared with third parties whose security is insufficient, he continued, “How do you go about holding the right party responsible?”