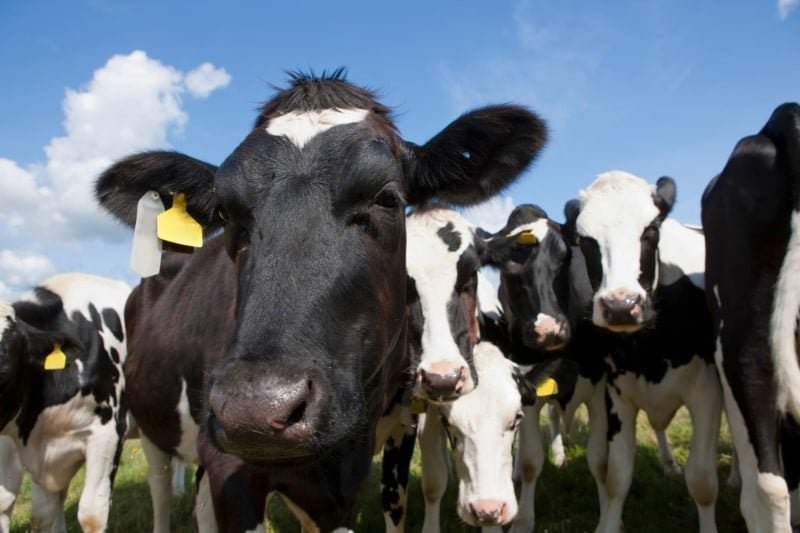 Open Banking for farmers – challenging the norm in lending

The idea of a bank focusing predominantly on farmers may, at first, seem slightly leftfield. But, with some 200,000 farm businesses in the UK alone, the arrival of a specialist bank for the agriculture sector isn’t as offbeat as it may appear.

has big ambitions, aiming to offer a credible alternative to the traditional propositions offered to farmers through high street banks such as Barclays, Lloyds and NatWest.

The ambitious new market entrant is currently operating in what it describes as a “six month pilot period” but this hasn’t stopped it from setting some ambitious targets. Within the first full year of trading, it is aiming to serve some 1,800 farmers, extending around £150m in funding.

Oxbury will offer a range of lending and savings products, initially to medium-to-large arable and dairy farmers through its existing suppliers including Mole Valley Farmers, HL Hutchinsons, Frontier Agriculture, and KW.

The fledgling bank believes that the banking market is currently going through a transition period, driven by open finance, sustainability and government reforms in agricultural policymaking.

Speaking to Open Banking Expo, Tim Coates, co-founder and chief customer and regulatory officer at Oxbury, said the lender is preparing to unveil an “open banking innovation” in the coming months, but was keeping tight lipped about the details of the launch. He did say that the plans would “improve the banking experience for all future customers.”

Oxbury has already invested heavily in technology. Coates said it developed its own purpose-built proprietary technology on a “cloud-based API-first architecture”, designed to encompass best practice in operational resilience and information security.

“Our technology integration approach with the supply chain provides a seamless experience for both the distributor and the farmer,” he explained.

Coates explains that the agriculture industry is in urgent need of a “specialist bank” that understands the financial issues which are specific to the farming community – something which traditional players haven’t been great at.

“Agricultural banking in the large banks is just a pretty wrapper on the same old products,” he claims.

“The farmer is unable to discuss their particular requirements with anyone who really understands agriculture – as their experience will now be of call centres who have been dealing with an engineer the call before, or a hairdresser the call after.”

Oxbury, on the other hand, has been founded “by farmers for farmers”. Coates, himself, manages a 1,000-acre arable farm.

As experts in agriculture and banking, Coates said the start-up sees an opportunity to work with the sector at a time of rapid change given the new government’s policies to transition away from land-based subsidies and growing need to transition to a low-carbon economy.

“There is also a call for farms to diversify and make their businesses more productive as a whole, given the competitiveness of the global food sector as well as these businesses being excellent sites for renewable energy projects,” he explains.

“Typically, these investments have significant upfront capital expenditure requirement which is best addressed through term lending.”

It is certainly true that the sector faces unique challenges. It’s cashflow profile is unusual, and not mirrored by many other sectors. A crop sown in the autumn, for example, would need inputs such as seed, fertiliser and crop protection products applied through the year until harvest. That’s not even counting the fuel required in the process. Therefore, a lot of cash is spent before there is a product to sell. To help tackle these unique requirements, Oxbury has designed its flagship account.

‘Oxbury Farm Credit’, an input finance facility which provides farmers with a flexible alternative to a bank overdraft or trade finance, is the company’s crown jewel. It allows farmers to buy inputs when needed and pay for them when it suits their cashflow.

To remove the burden of administration, Oxbury’s technology is integrated with its approved suppliers so all input invoices are automatically uploaded into the online platform for farmers to access 24 hours a day. Farmers can review their account in real time, query and pay invoices, make repayments and monitor monthly outgoings all in one place.

Other products in the pipeline include 1 to 25-year lending products to support farmer’s longer-term funding needs and digitally-accessible savings accounts, which will be available to any farmer, business or individual who wishes to back British farmers and the future of UK agriculture.

As the firm gears up for launch later this year, Coates revealed the firm is continuing to work with the Financial Conduct Authority and Prudential Regulation Authority (PRA) to ensure its proposition is both stable and competitive. With nearly a quarter of a million farmers in the country, its offering will surely be welcomed.